12 Most Healthy Berries That Are Good For You

12 Most Healthy Berries That Are Good For You

My attention to berries is recognized not because I ate three servings of blueberries a week but because researchers have lauded berries for their health benefits. From a humble berry family which is known to be the number one fruit that fights the ill of aging -has more nutrients than what many of us didn’t expect. Whether berries are processed into concentrated juice and or eaten raw, their purpose doesn’t lose the way we consume.

For common deficiencies like high blood pressure and a slower mental state, berries have proven to have so many health claims. Either sweet or sour, berries come in various colors.

Why are berries likable to everyone? These vibrant colored fruits are as good to eat alone as they are for desserts, but aside from their taste in jams and syrups, they’re also highly rich in antioxidants and various other nutrients. With that in mind, here is a list of healthy berries you can easily include in your diet in the super berry world!

Native to North America, blueberries are the second most popular berries when it comes to US consumption. They’re a great source of vitamin K, which helps in blood clotting and strengthening of bones. Anthocyanins contained in blueberries reduce oxidative stress, therefore reduces the risk of heart disease. Some studies also suggest that it may also reduce cognitive decline and reap anti-aging benefits. It also has traces of vitamin C, fiber, and manganese. The only downside to blueberries is that they may contain pesticides so make sure to buy the organic ones. 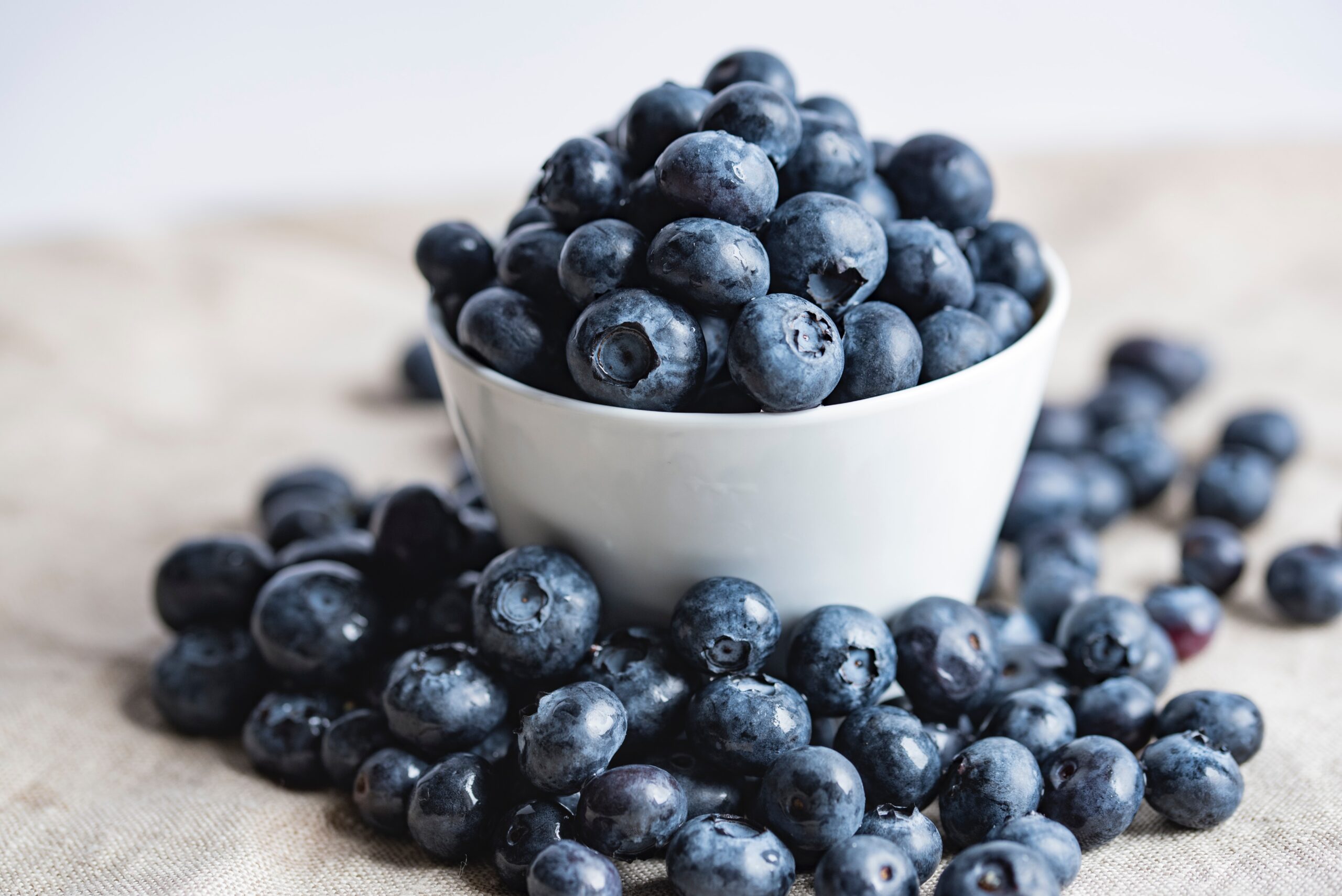 Originated in Central and South America, acai berries are another proclaimed superfood that has three times richer antioxidants than blueberries. They’re a great source of chromium, zinc, iron, copper, manganese, magnesium, potassium, and phosphorus. They also have anti-cancerous properties, and due to its high amounts of antioxidants, it also helps with arthritis, lowers cholesterol, and aids detoxification. Aside from that, further research is needed to prove it helps with weight loss. Acai berries can be eaten raw and in commercially prepared products, they have no side effects but those with pollen allergies should avoid this fruit, other than that acai berries are relatively safe to eat. 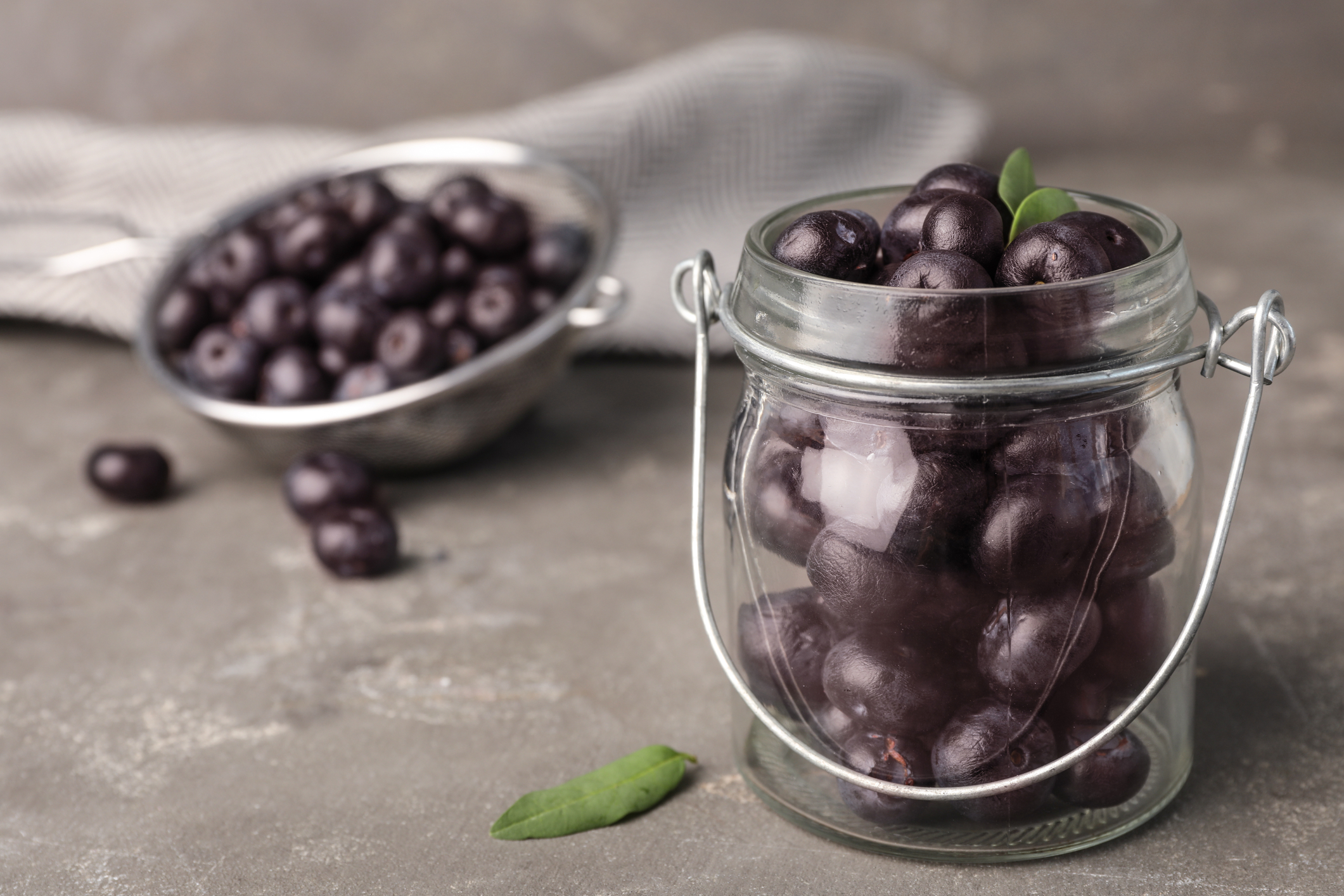 Also known as wolfberries, goji berries are native to China and have been used in traditional medicine for more than 2,000 years. It has been proven that it can protect the eyes due to its high levels of vitamin A and zeaxanthin. It also contains vitamin C, beta carotene, amino acids, iron, and B vitamins, these nutrients help boost the immune system, promote healthy skin, and control blood sugar. In traditional Chinese medicine, goji berries were used to treat liver disease. Further research indicates that these berries help with managing liver health and prevent alcohol-induced fatty liver disease. Some potential downsides to goji berries are that they may hamper certain medications and trigger allergies to some people. It’s also indefinite if these berries are safe to consume for pregnant women. 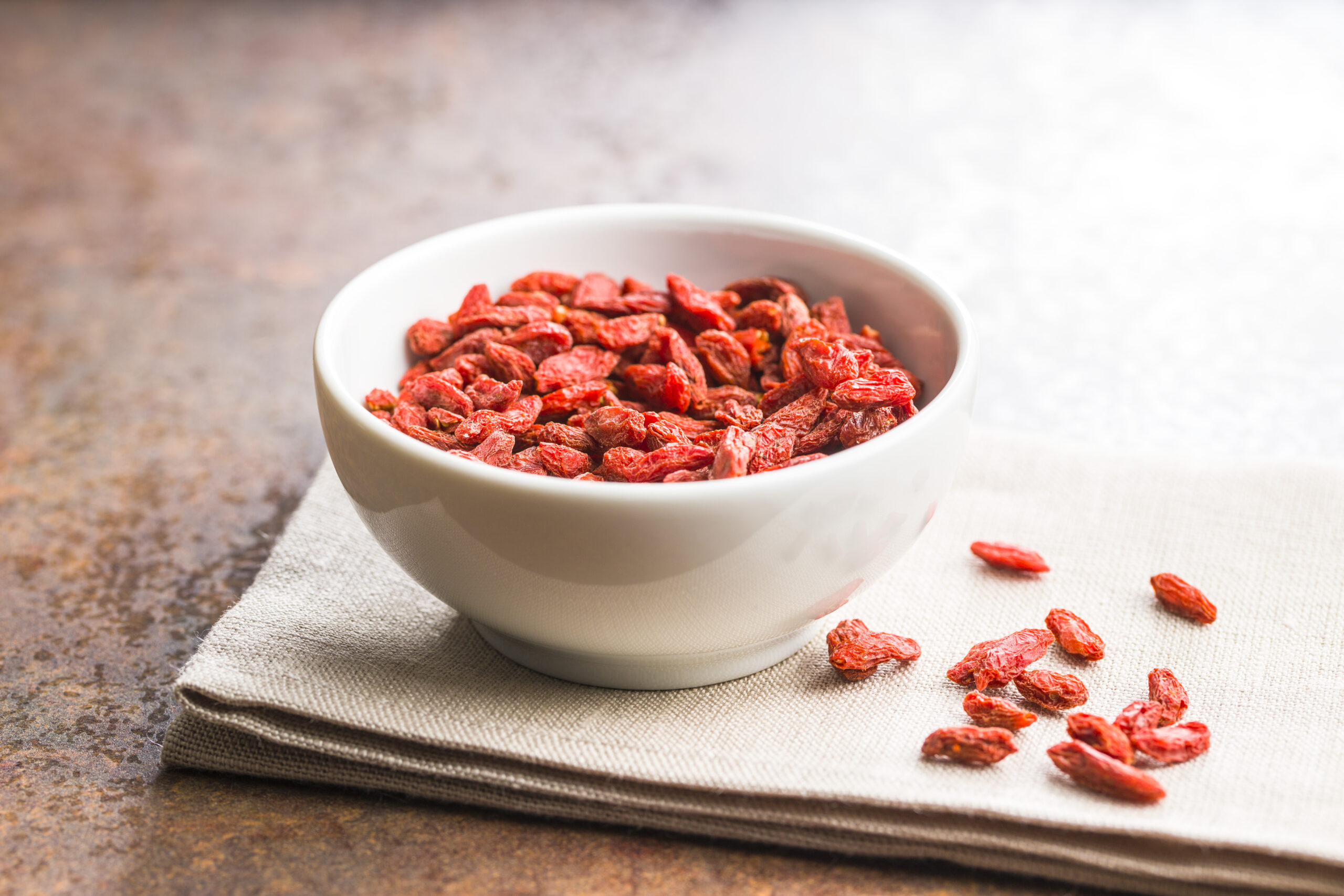 Bilberries are closely related to blueberries, except that bilberries originated in Europe while blueberries are native to North America. Scientific studies have shown that they’re effective in reducing inflammation in people at risk of heart disease because of their antioxidants’ anthocyanins and polyphenols. It also protects against diseases associated with oxidative stress like cardiovascular disease and diabetes. Bilberry fruit and bilberry leaf extracts can also reduce blood sugar levels, but high doses of bilberry supplements may result in adverse effects so they should be consumed with caution. 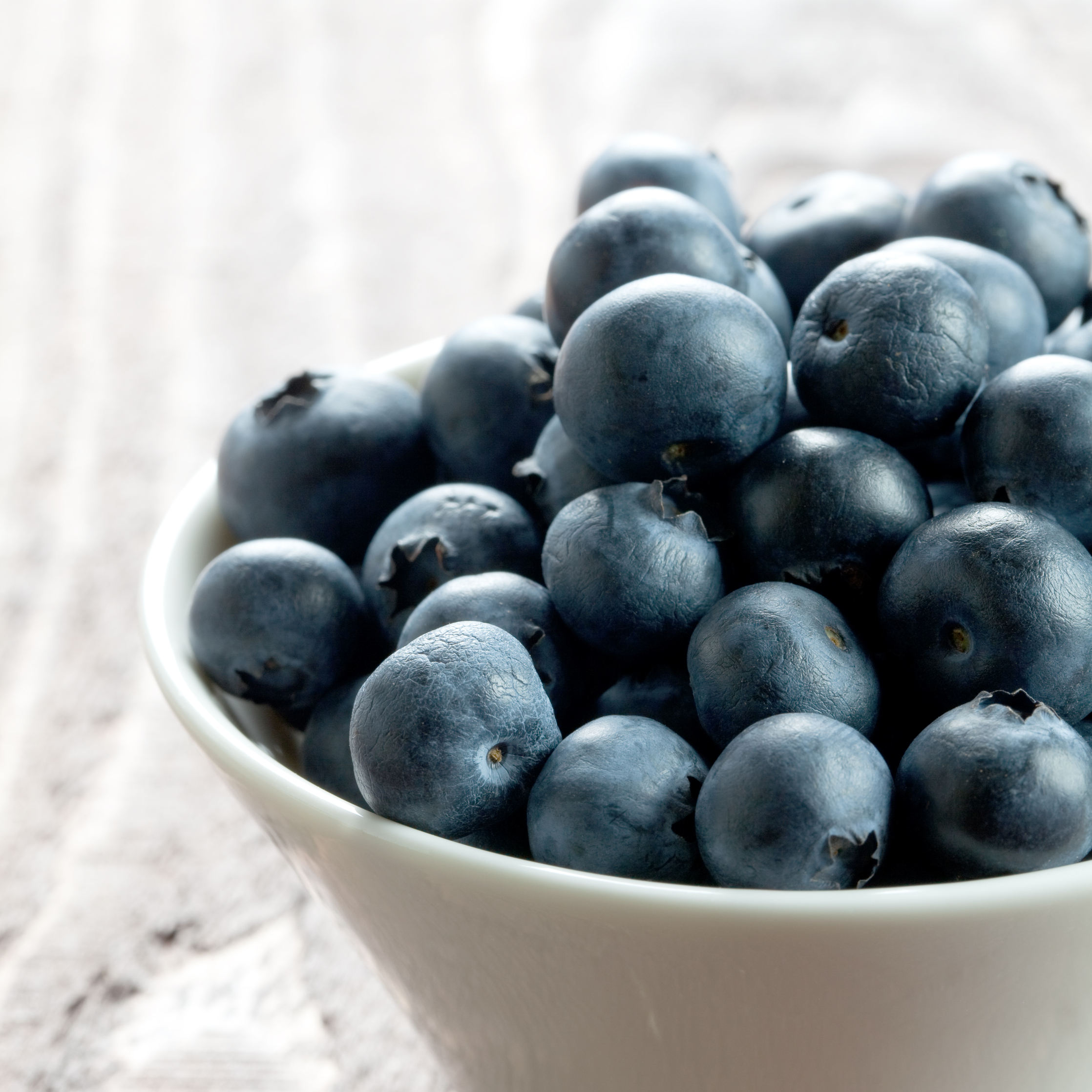 Acerola cherries have many names, it’s also known as Barbados cherry, West Indian cherry, and wild crepe myrtle. This fruit is native to South America, southern Mexico, and Central America. Acerola is bursting with vitamin C, and about nine times as much as the vitamin C found in oranges. Vitamin C helps build collagen, fight body infections, viruses, and even cancer. A study showed that these cherries assisted the body in stopping colon cancer growth. Acerola cherries should still be consumed in moderation though, as high amounts of vitamin C may cause digestive disturbances. 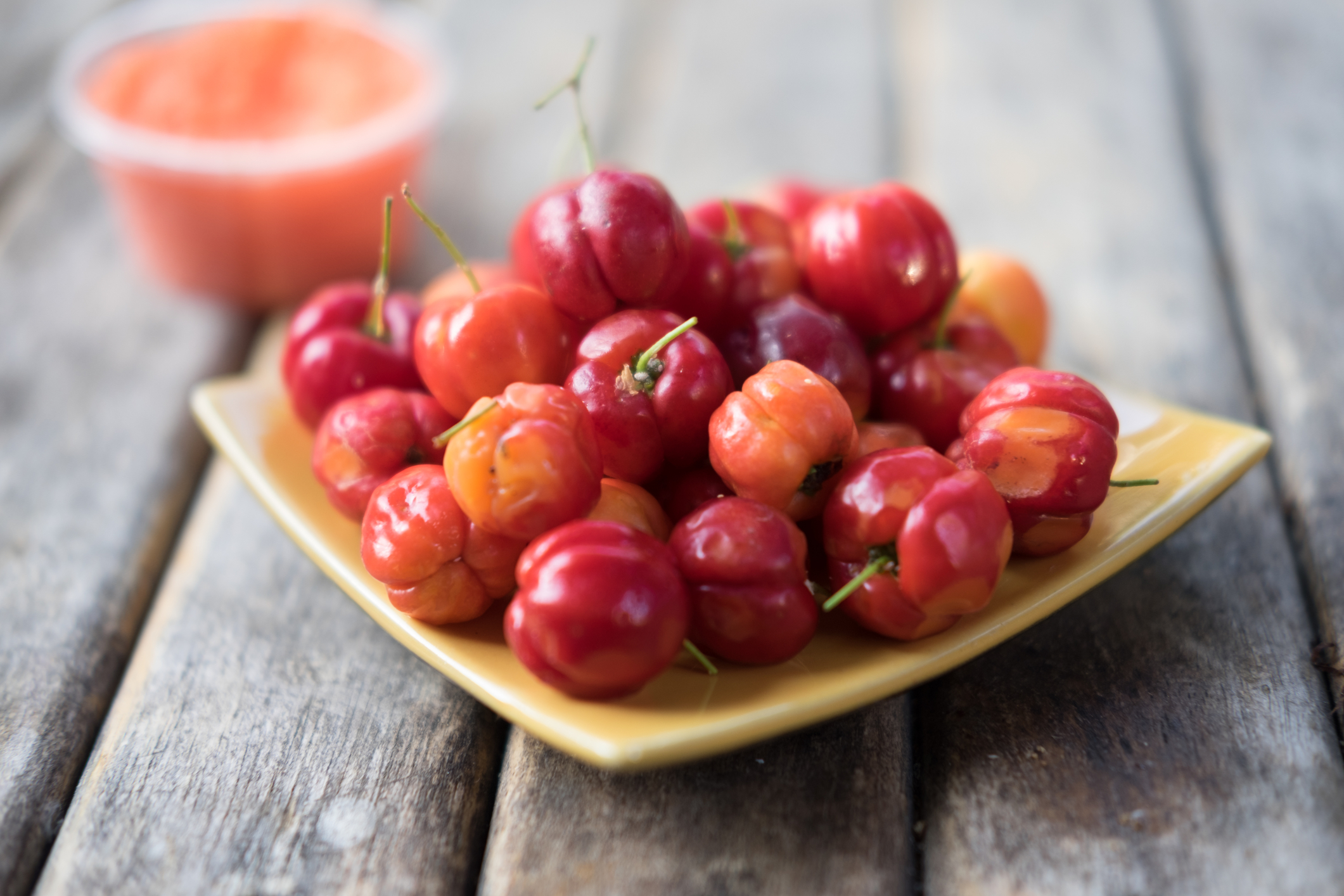 Noni berries are found in the Pacific Islands, Southeast Asia, Australia, and India. In Polynesian culture, people used the fruit to relieve menstrual cramps, infections, diabetes, arthritis, and liver disease. Noni berries can be eaten in powder or juice form, the downside is that some nutrients are lost when it’s juiced. It contains vitamin C, niacin (vitamin B3), iron, and potassium, with lesser amounts of vitamin A and calcium. These B vitamins help convert food into energy, which is also why it’s consumed for athletic performance. Noni berries may be overflowing with nutrients but it also has a sour taste and foul odor that is often likened to stinky cheese, which is why most people mix sweeteners in noni juice. 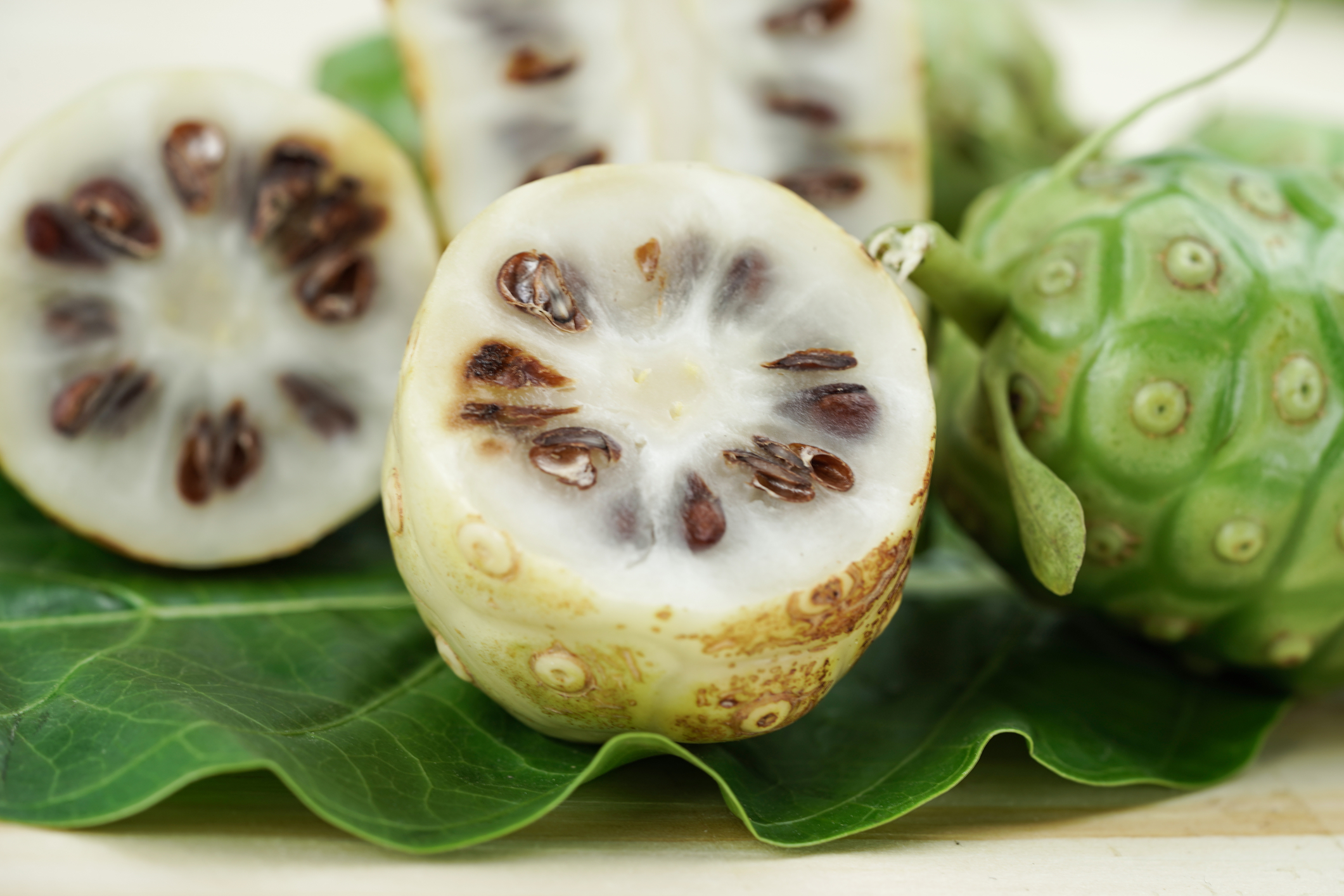 Another berry native to North America. In traditional medicine, cranberries were used to treat wounds, diarrhea, diabetes, liver problems, and urinary disorders. There is some scientific research that proves these berries prevent urinary tract infections. Some chemicals in cranberries prevent the bacteria E. coli from sticking to the bladder, therefore lowering the risk of infection. Studies have also found it reduces blood pressure, cholesterol, and oxidative stress. Some risks associated with cranberries are their potential to enhance anti-clotting, this may lead to increased bleeding. Some cranberry products may also excrete oxalate in the urine, which could form kidney stones. 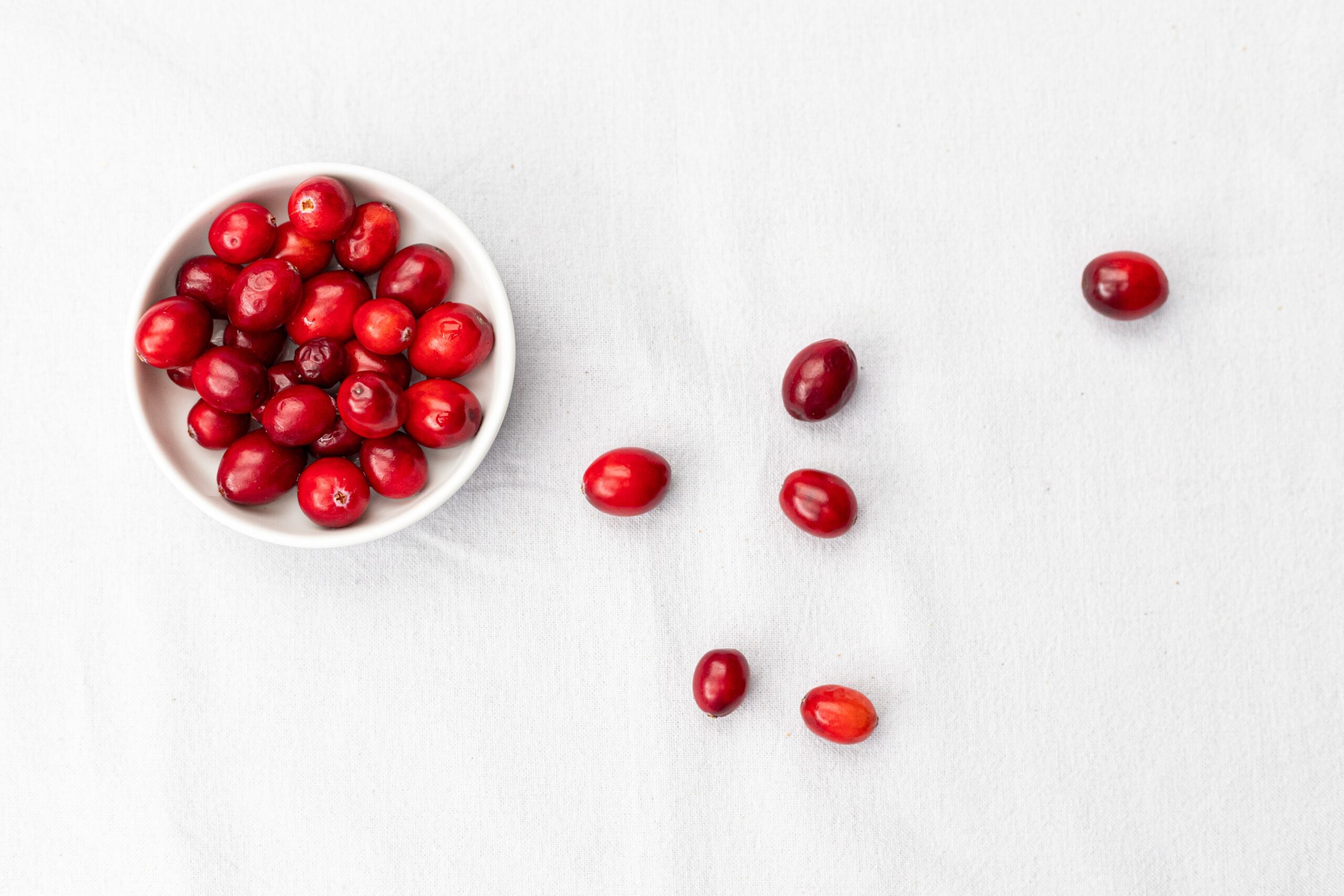 Maqui berries grow in the southern parts of Chile and South America. They are also loaded with antioxidants, these flavorful fruit contains vitamin C, calcium, iron and potassium, anthocyanins, and polyphenols. These nutrients help protect the heart against heart disease, maqui berry extract may help reduce light-induced damage to the eyes, and plant compounds found in the berry also promote a healthy gut. Maqui berries are generally safe to eat, but some precaution is needed when it’s taken as a supplement.

Overall, berries are extremely nutritious and delicious. Although there might be some berries that aren’t to your taste, there are many different kinds to choose from that can be easily added to your diet. They are also the healthiest food you can eat. 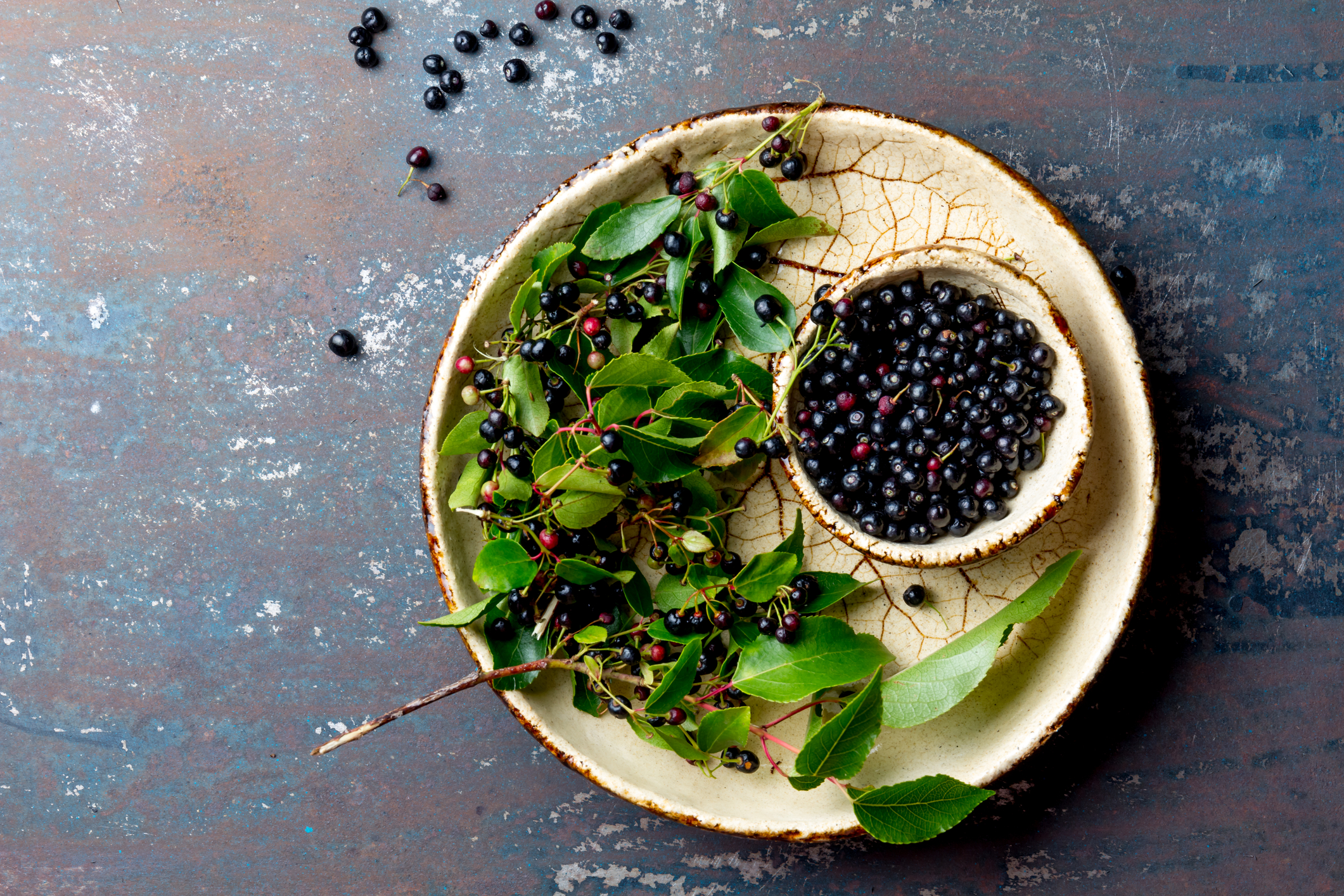 Originated in Europe, raspberries eventually spread throughout North America. And currently, the US is the third-largest raspberry producer in the world. They’re high in fiber and are often used in desserts, they also contain antioxidant polyphenols called ellagitannins that reduce oxidative stress. Raspberries are also a good source of other nutrients such as vitamin B and C, copper, iron, manganese, magnesium, and folic acid. While red raspberries are more common, black raspberries are also just as healthy. In a study, it was proven that black raspberries reduce risk factors for heart disease like blood pressure and cholesterol. While raspberries are safe to eat, they also contain oxalates, some health experts believe that high amounts of oxalates can form kidney stones. 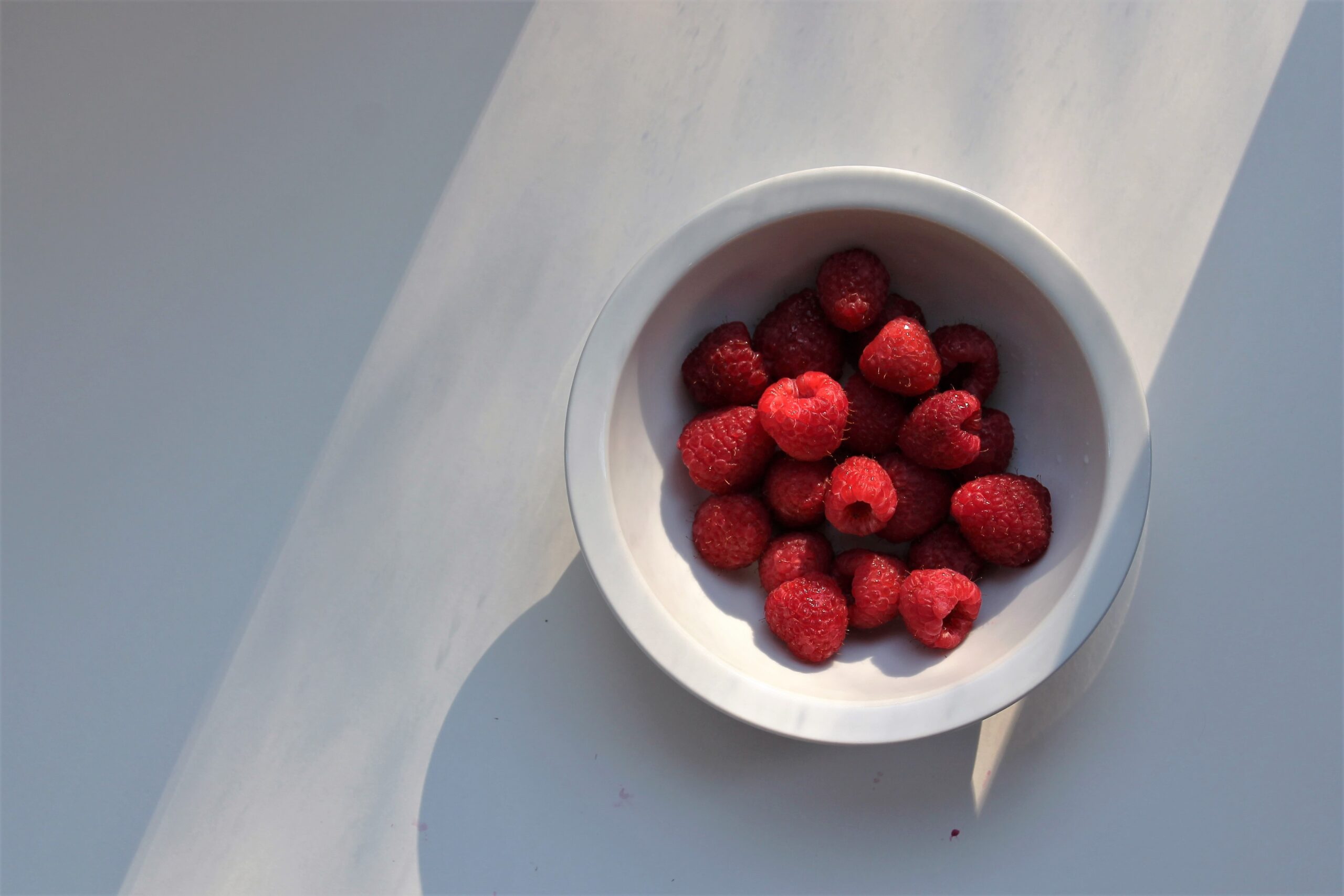 Probably the most popular berry on this list, it’s consumed by 94% of US households every year. Native to France, strawberries gradually spread through other countries as well. They contain a good amount of vitamin C and studies have shown that they lower the risk of heart attacks and control blood sugar levels, which is beneficial to those with diabetes. They also provide other nutrients like folate, fiber, potassium, and manganese. Although, make sure to buy the organic ones since aside from blueberries they’re second place when it comes to pesticide load. 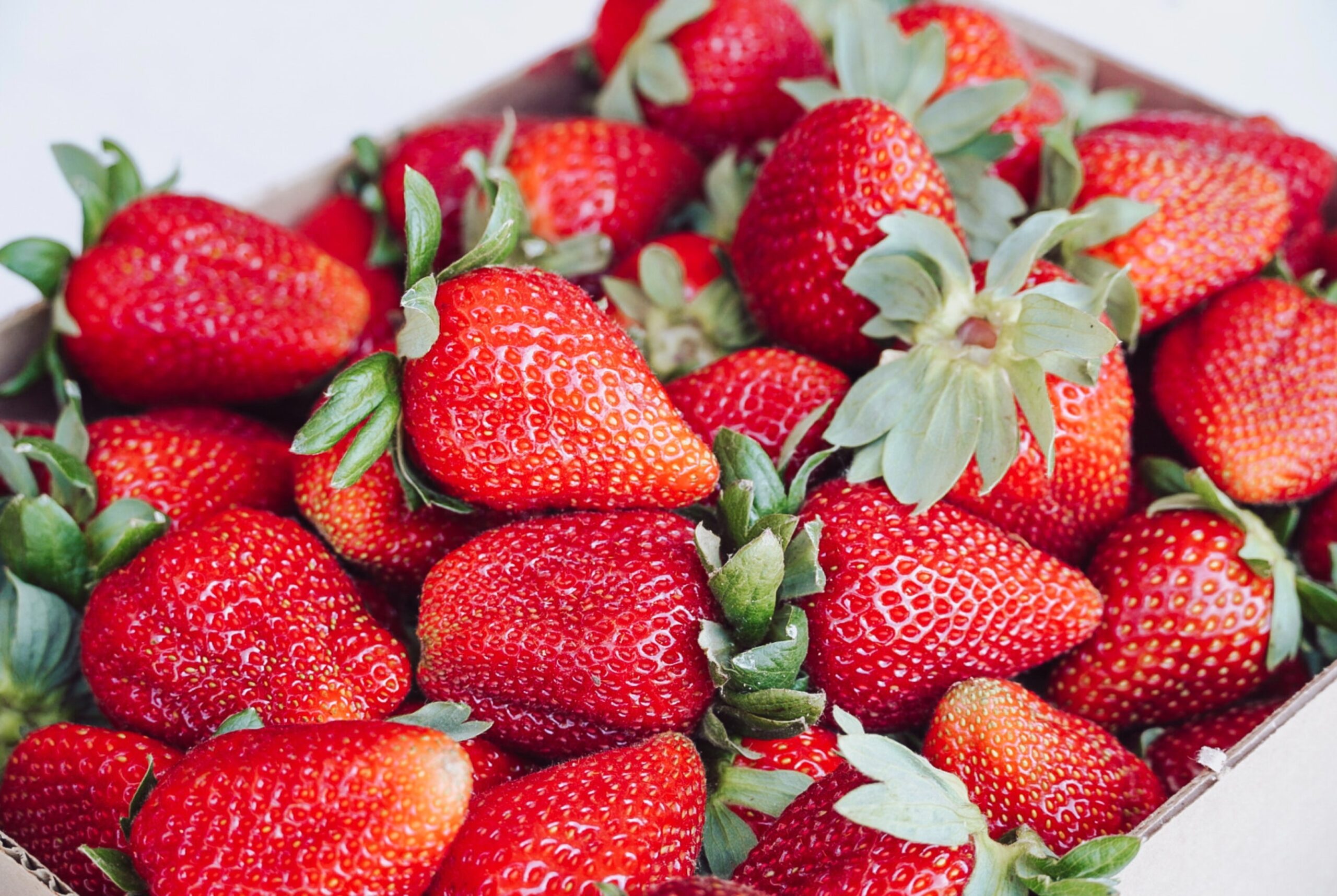 It is believed that blackberries are native to Europe and Asia, they’re particularly cultivated in North America and Europe. Blackberries contain good amounts of vitamin C, iron, and of course, antioxidants. They also contain polyphenolic compounds, such as tannins, ellagitannins, ellagic acid, anthocyanins, gallic acid, and cyanidins. Some of which may boost brain health that helps prevent memory loss due to aging, they’re also good for oral health since blackberry extracts have antibacterial and anti-inflammatory abilities for different types of oral disease. While fresh blackberries are naturally low in sugar, you should watch for processed products such as canned blackberries since they generally have higher levels of sugar. 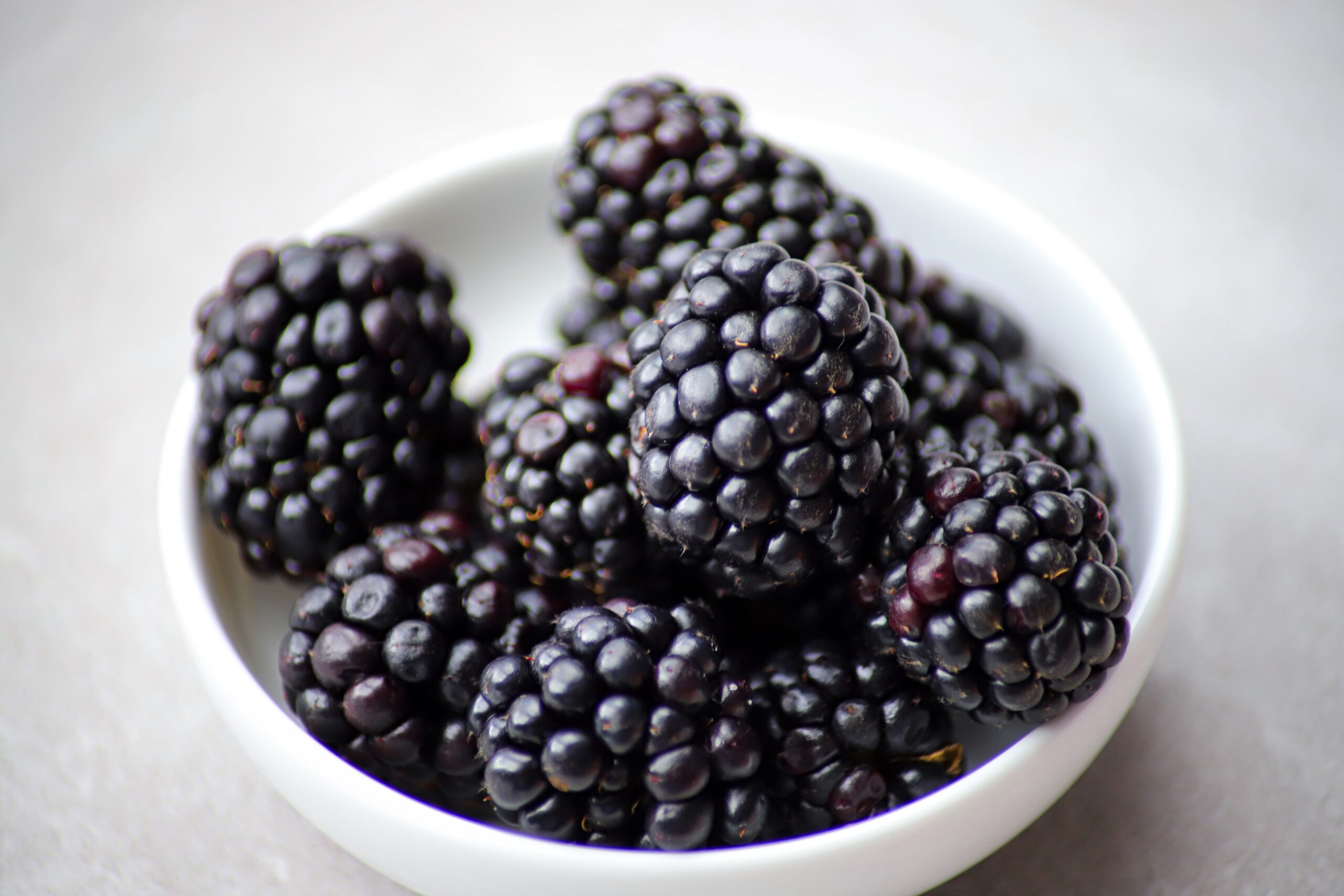 Aronia or black chokeberries are native to the US but are also locally grown in other parts of the world including Europe. Traditionally, they were also used as a cold remedy to Native Americans. Aronia contains folate, iron, and vitamins A and E. These compounds help protect the cells from free radicals and they’re low in calories. Its high levels of anthocyanins and flavonoids are also higher than cranberries. Studies indicate that these berries are generally safe to consume, the only downside is that it’s known to be mouth-drying so it’s usually made into juice, jams, jellies, syrups, and the like.

Overall, berries are extremely nutritious and delicious. Although there might be some berries that aren’t to your taste, there are many different kinds to choose from that can be easily added to your diet. They are also the healthiest superfood you can eat anytime of the day. 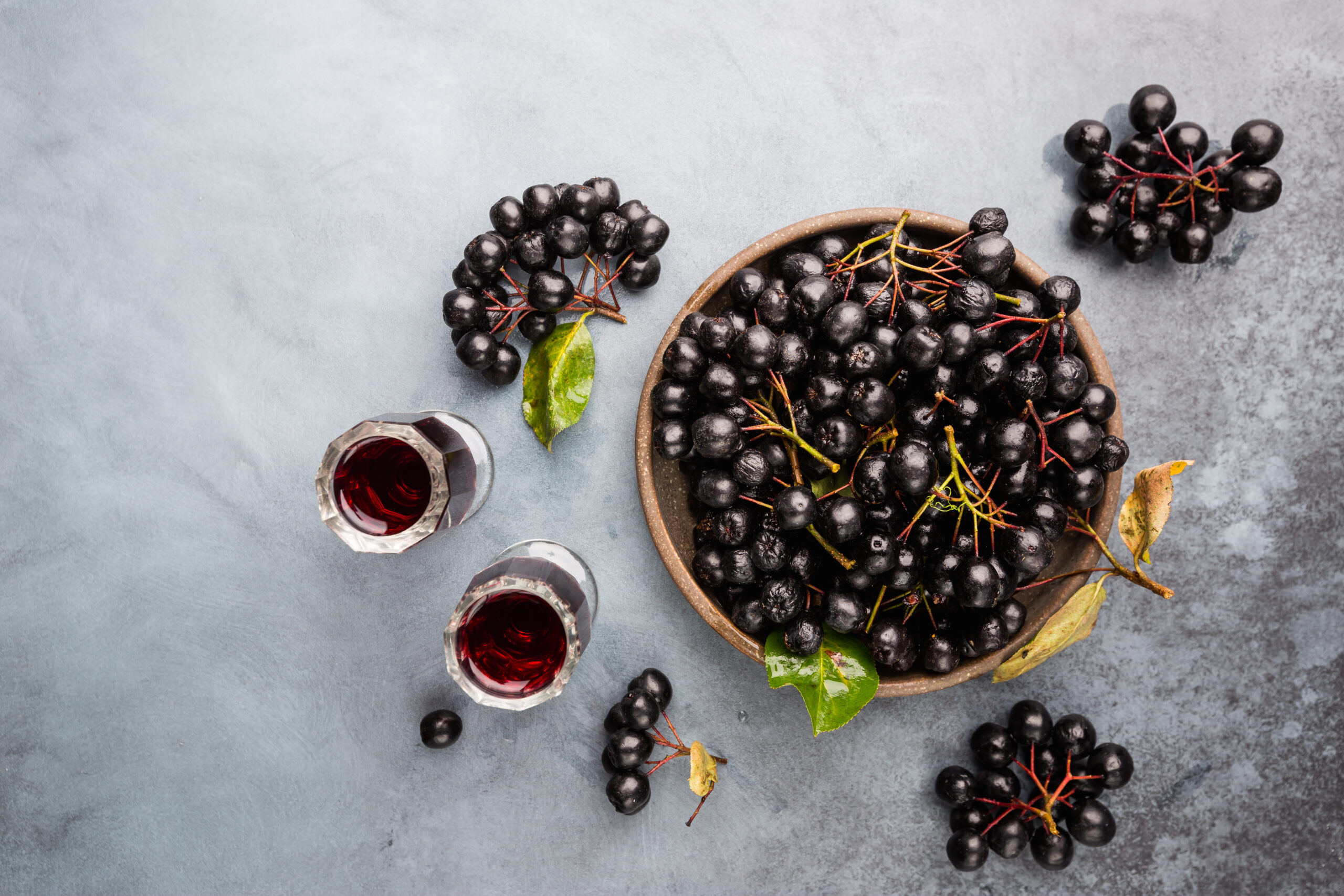