Imagine the tech giant leader himself wakes up when everyone else’s sleeping. Tim Cook has revealed that a strict morning routine before 4 a.m. is helpful to achieve his winning career. He always placed importance on his health and fitness and woke up early to do so. He spent an hour working out and trying to avoid using his smartphone more than he currently does. To kick off his productivity, he puts his phone on grayscale and disables notifications to gain extra in his work. 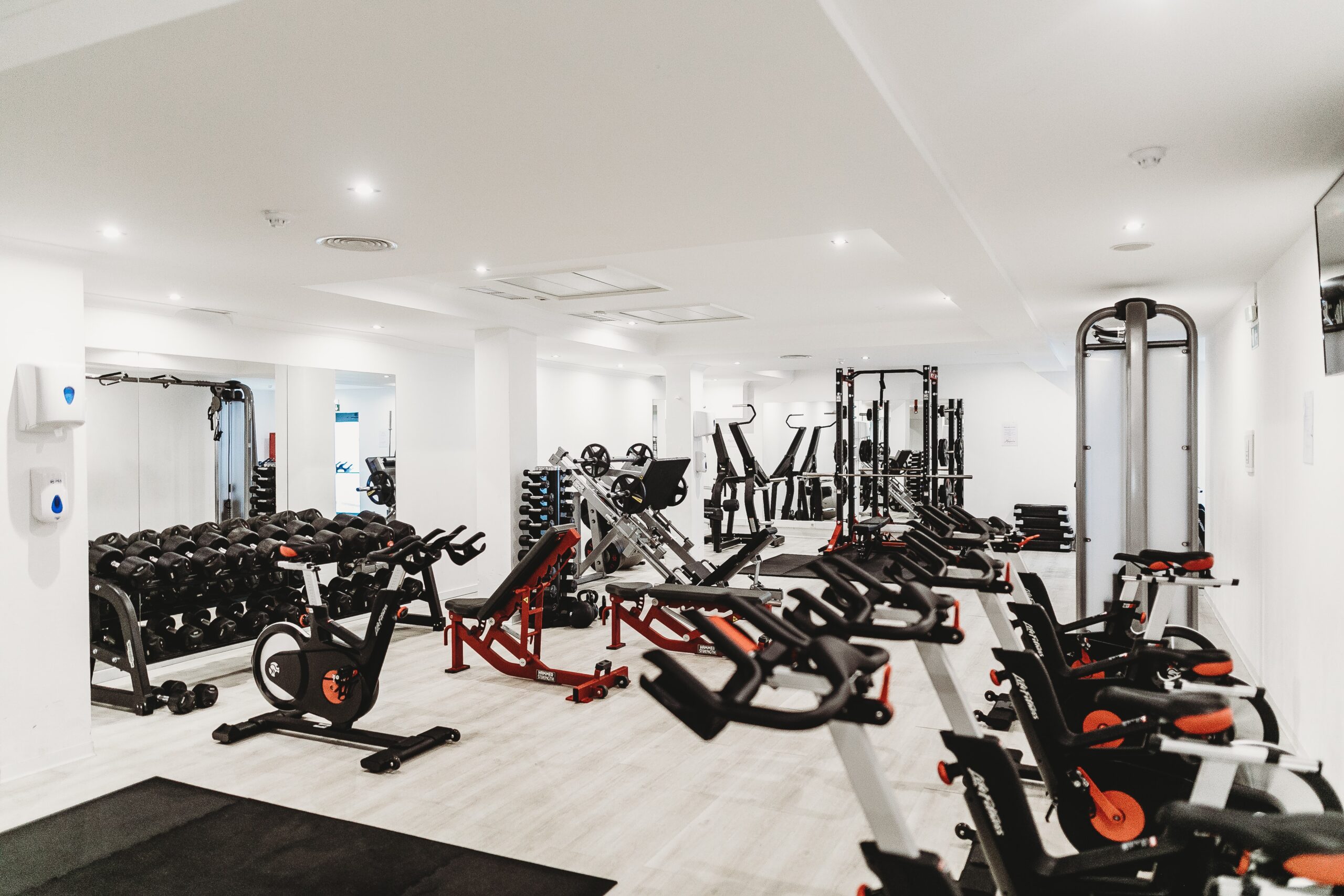 A man who knows exactly what society wants has an endless desire for himself and that’s when he wakes up at 5:30 a.m. Jeff Bezos said he’s guilty of rushing in the morning and wanting to spend mindless tasks to be able to think creatively. In terms of work, Bezos usually schedules his first meeting earlier than 10 a.m. and one of his best secrets revealed is to not make any decisions at the end of the day.

Tesla Cofounder and CEO, Elon Musk wakes up at 7 a.m. to address emails

The person who has a $151 billion net worth is actually a morning person. After getting a 6-hour sleep, Musk eventually starts his day checking up on his emails for half an hour, drinks coffee, and eats breakfast. During his interview with the V Combinator president Sam Altman, he said 80 percent of his time has been spent on design and engineering. And of course, the least of which are attending wild parties.

As part of his morning routine, he goes for a run at least three times a week. Aside from waking up early and wearing the same t-shirt every day to minimize decision fatigue, Zuckerberg starts his day checking on Facebook Messenger and WhatsApp early at 8 a.m.

US first lady Michelle Obama works out at 4:30 a.m.

To head start her day, Michelle Obama gets up at exactly 4:30 a.m. to meet with the President and work out together before their kids wake up. She always squeezes in workouts whenever she can, bringing with her a jump rope to include in her 30-minute jumping jack. 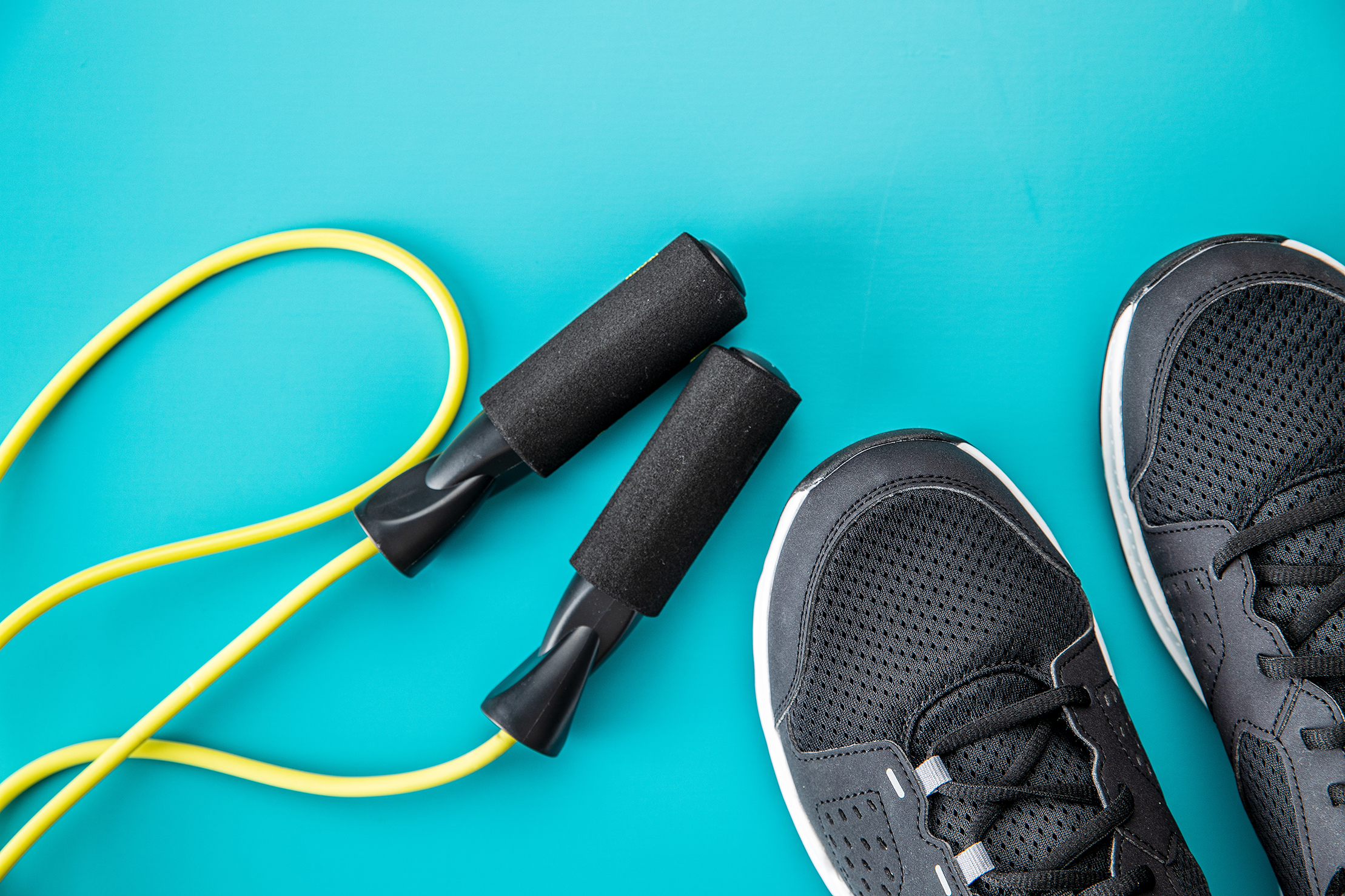 Twitter and Square CEO Jack Dorsey wakes up at 5:30 a.m.

A person who has worth more than $9 billion chooses to wake up early, meditate, and walk a commute that takes him more than an hour from the streets of San Francisco. Pretty much having Twitter to his name doesn’t email or text, rather uses his time to listen to music and audiobooks to draw inspiration.

President of Ariel Investments Mellody Hobson wakes up at 4 a.m.

As someone handling the most consistent performance in the investment world, Hobson stays true to her waking schedule for more than two decades. She wakes up at 4 a.m. and checks her emails before pampering herself. She drinks two liters of water and eats two hard-boiled eggs a day after working out. These routines help her boost herself throughout the day to decompress and relax.

The Xdesk industry has become recognized for changing the world’s desk innovation. And behind this success can be awed by their director who used to wake up at 3:30 a.m. to do his thing before starting to work at 7:15 a.m. From TechInsider’s interview, he told the team that the first thing he does when he wakes up is to drink two liters of water followed by coffee and go for a smoothie. He then spends 30 minutes petting his dog and an hour of reading time. After that, he goes pampering himself and travels to his office before anyone else reaches there. 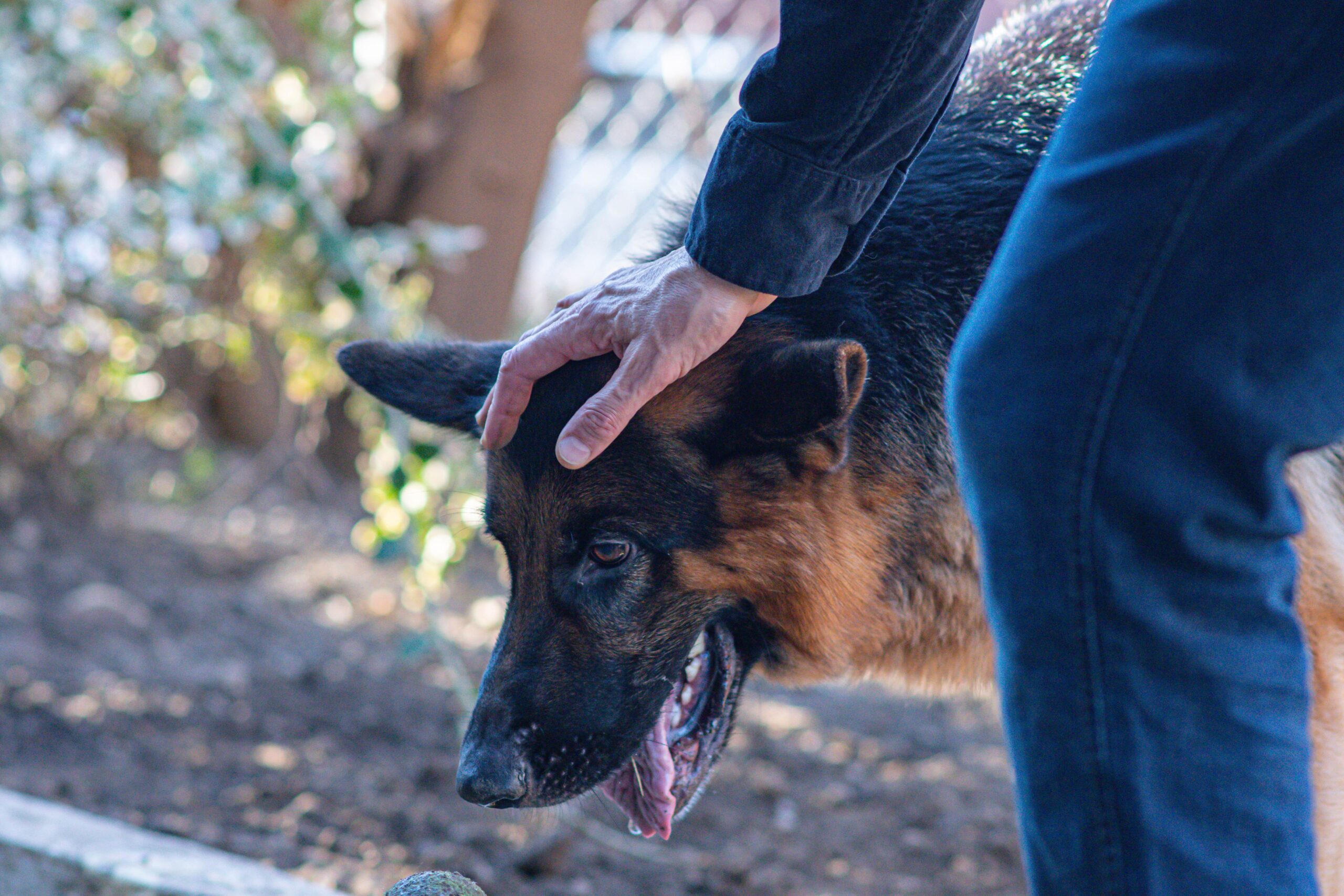 President of Education Technology at Texas Instrument, Peter Balyta wakes up at 5:20 a.m.

As someone who is wired in terms of fitness routine, Balytan wakes up at exactly 5:20 a.m. Balytan has included light-stretching followed up with an intense workout that involves mental math to measure his capacity while leveraging his body around a barbell to function both his mind and body.

As one of the world’s automakers, Sergio Marchionne on his 60 Minutes profile stated that he’s the only person who invented the eighth day work week. He would turn the non-working holiday into a working one to just be able to do work. If it’s a holiday in Italy, he’ll come to America to work, and if it’s a holiday in America he’ll go to Italy to work. This is how he modifies his work ethic.

Mary Barra has made a huge move in bringing the company work into the future as she reimagines cars that could soon turn into a “working office.” With setting an expanded working experience with car consumers, Barra herself has a disciplined working routine. According to her profile from New York Times, she was already at her office by 6 a.m. before she even became CEO.

Starbucks CEO Howard Schultz is at his office by 6 a.m.

The CEO of the coffee favorite company has his unique ways to get in the day. Before the sun rises, Schultz is already riding his bicycle with his wife, as his workout. He reaches his office by 6 a.m. and starts to do the hustle, according to Portfolio.com. 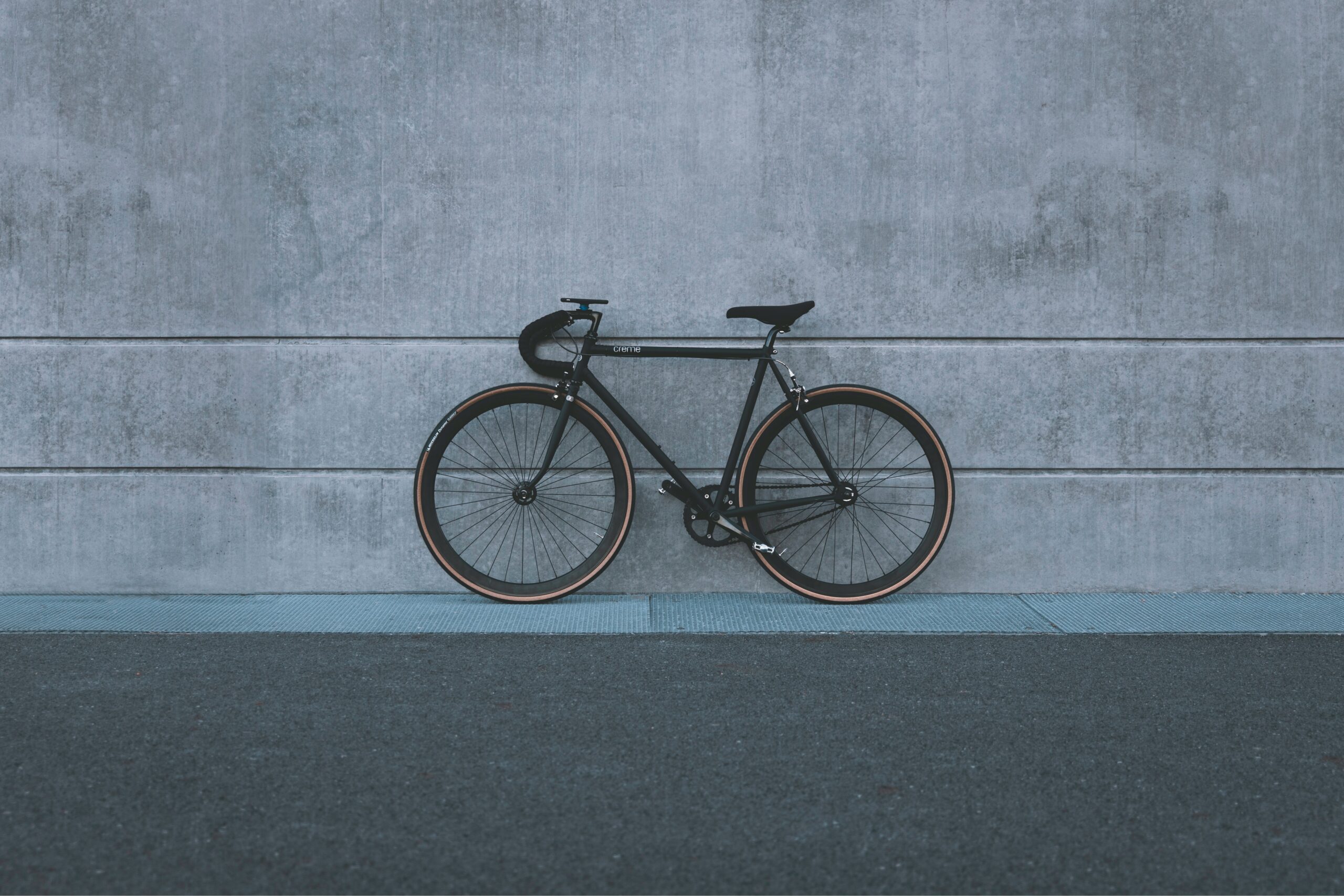 Kayak is a search engine that is one tap away application from hotel and price comparison. No wonder, this has become one of the award-winning apps because of the people behind it. And this includes the working ethic of English who usually meditates first to achieve a peaceful daytime, checks emails in a bit and goes for exercise.

He’s an iPhone guy but someone who knows how to manage his time has always allotted something for himself. He gets up at 4:30 every morning and spends a quiet time catching up on the world. In his New York Times profile interview, said he reads papers, checks on email, and surf the web -an early routine of multitasking. Also, he has his own ritual of exercise.

A typical Oprah Winfrey day always starts at 6 a.m. and sleeps by 10 p.m. Despite her busy life, she pushes herself to do her thing in the evening. Before she goes to bed, she will write about 5 things she was grateful for -lots and lots of self-gratitude. 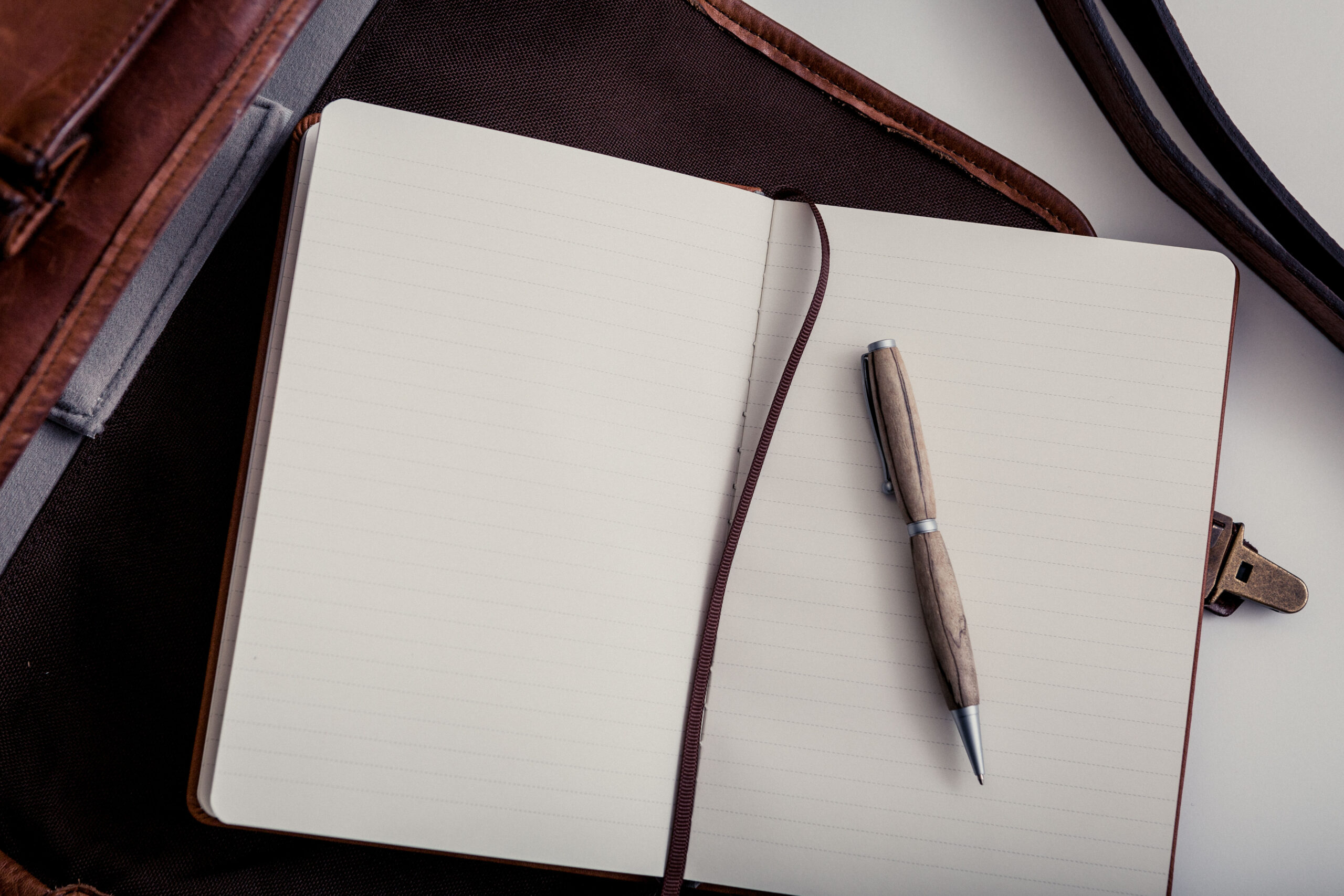 Donald Trump spent his entire 60% time at work in blocks of executive time. He reportedly wakes up at 5:30 a.m. and begins his day at 6 a.m. Trump is severely sleep-deprived because he only sleeps about 3 to 4 hours a day. However, his lack of sleep never hinders his productivity. Even breakfast isn’t part of his daily routine because he often spends time tweeting, but handles his schedule with an overwhelming result.

Chairman and former CEO of Vanguard Group, Bill McNabb wakes up at 5 a.m.

Bill McNabb has had a strict morning routine for over 30 years. He always positions himself to prepare early so that he can have his extra time preparing in the morning. At 5:45 a.m. he already has a good sip of coffee and well-settled at his desk. Between 6 a.m. to 7:30 a.m. is when some of his works are said to be best.

To be his version of smartest, Scott Adams is a morning person who wakes up between 4 a.m. and 6 a.m. As soon as he wakes up, he goes to work immediately to take advantage of his creativity. Adams admits that he is self-deprecating, however, achieves his productivity when getting up early. He said he becomes the “happiest, smartest, and most creative and optimistic between 4 a.m. to 8 a.m.” 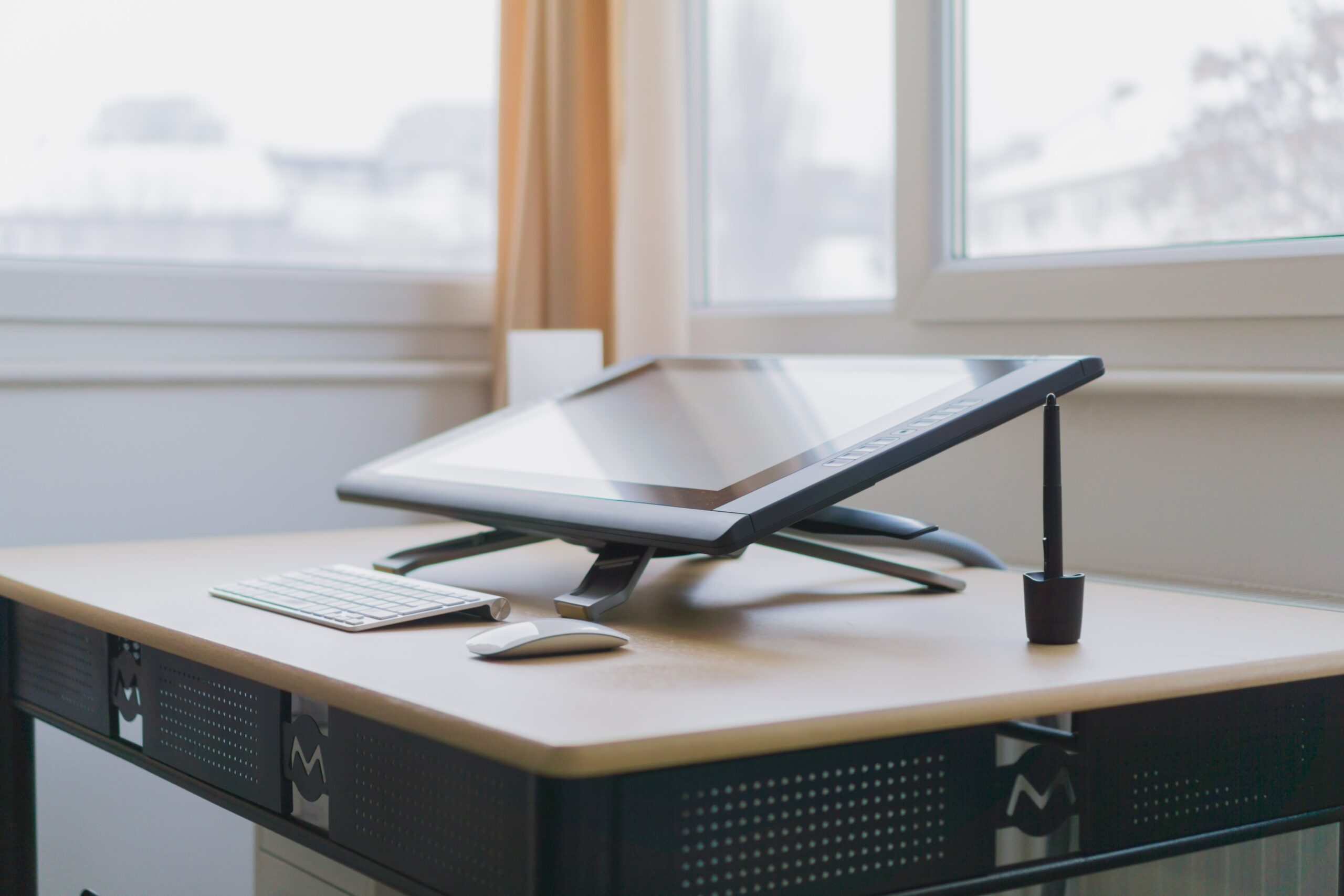 As someone who handles one of the American multinational food, snack and beverages, Nooyi said to Fortune that she wakes up as early as 4 a.m. She defines sleep as “…one gift I was never given.” She reveals that she works every day no later than 7 a.m.

Ellevest CEO and cofounder Sallie Krawcheck wakes up at 4 a.m.

As for handling a women’s financial platform, working closer to identify gender money gaps is crucial. According to her LinkedIn post, Krawcheck stated that she’s never more productive than she is at 4 a.m. It’s the time when her mind is clearest and most productive. “It is at this time of day that I often have a rush of ideas.”

You need to be very strict and organized. Did you know that if you kept your normal waking hours and woke up an hour earlier than that, you would get 15 additional productive days a year? Yes, that sounds crazy! Many successful people wake up early so that they are able to distribute their time accordingly and do stuff for themselves. Time scheduling helps you to achieve organized, strategic thinking and planning for the day.

Morning risers have it under control! Instead of rushing into work as everybody does in the world, these people have already started their day. Early birds are calm, and if you achieve that calmness within yourself, you’ll be able to think fast and accomplish more by the time the rest of the people join the rushing and breaking of bones.

For someone who works in the creative industry, waking up early is proven to have increased creativity. If someone does his work as early as 5 a.m. when no one is really awake can boost your mental ability to figure things out and get ahead of everything before the sun rises. Furthermore, waking up early without the hurdle of any social media notifications could help you make time for meditation that most successful people do.

Breaking your rushing routine early in the morning by replacing it with reading and exercising can actually help you to achieve a better work and life balance. Reading about 30 minutes a day can stretch your rusty brain cells and exercising for an hour can reduce stress levels throughout the day. So, if you’ll be able to achieve these things, surely success is coming your way.

Many people don’t actually mind eating breakfast. But for a change, include this in your morning routine for a healthier and longer life. Easting ethics for early risers allow them to increase their energy level and improve productivity without thinking that you don’t only value time but also your healthy diet.