15 Amazing Things You Need To Know Before Visiting Vienna, Austria

15 Amazing Things You Need To Know Before Visiting Vienna, Austria

There are so many things to see and do in the beautiful city of Vienna, Austria, that it can be hard to choose what you want to focus on most during your trip. That’s why we compiled this list of 15 amazing things you need to know before visiting Vienna, Austria! These tips will help you make the most out of your vacation by giving you an insider’s perspective that no guidebook will ever be able to match!

1. The best time to visit 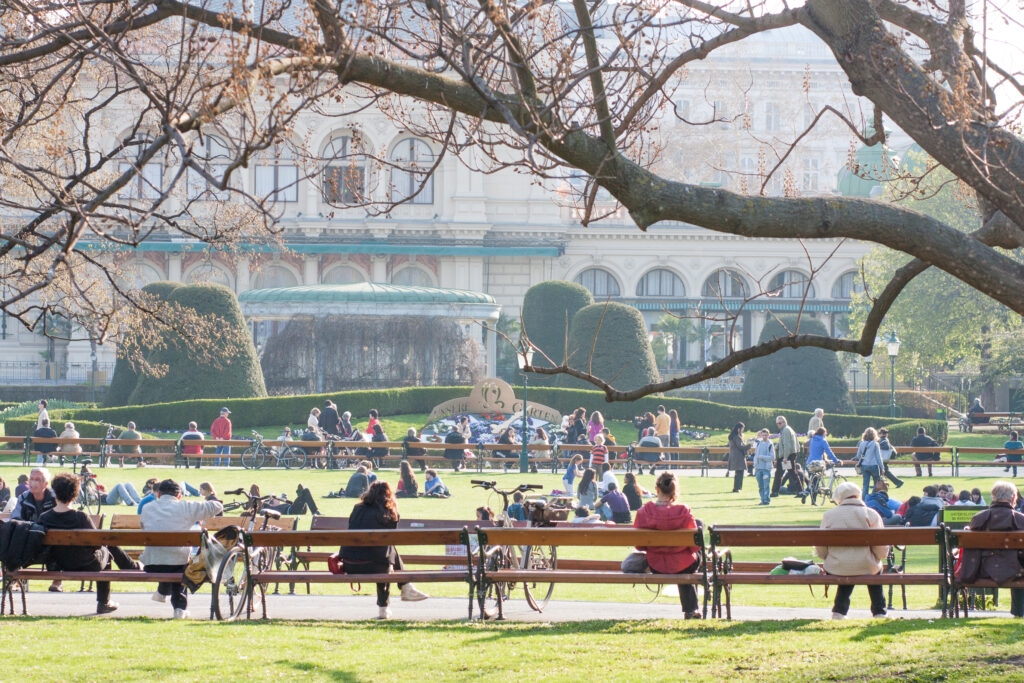 Vienna is a city that is best visited in the spring or fall. The best months for visiting are April through June and September through October. These months have warmer weather and fewer crowds due to many people taking summer vacations during July and August. Vienna is one of the most popular cities in Europe, and because of this, it can be very crowded during certain times of the year. To avoid this, you should go in April, May, September, or October when there will be fewer people. If you don’t want any crowds, visit between November and March but know it will be colder with more rain and snow. 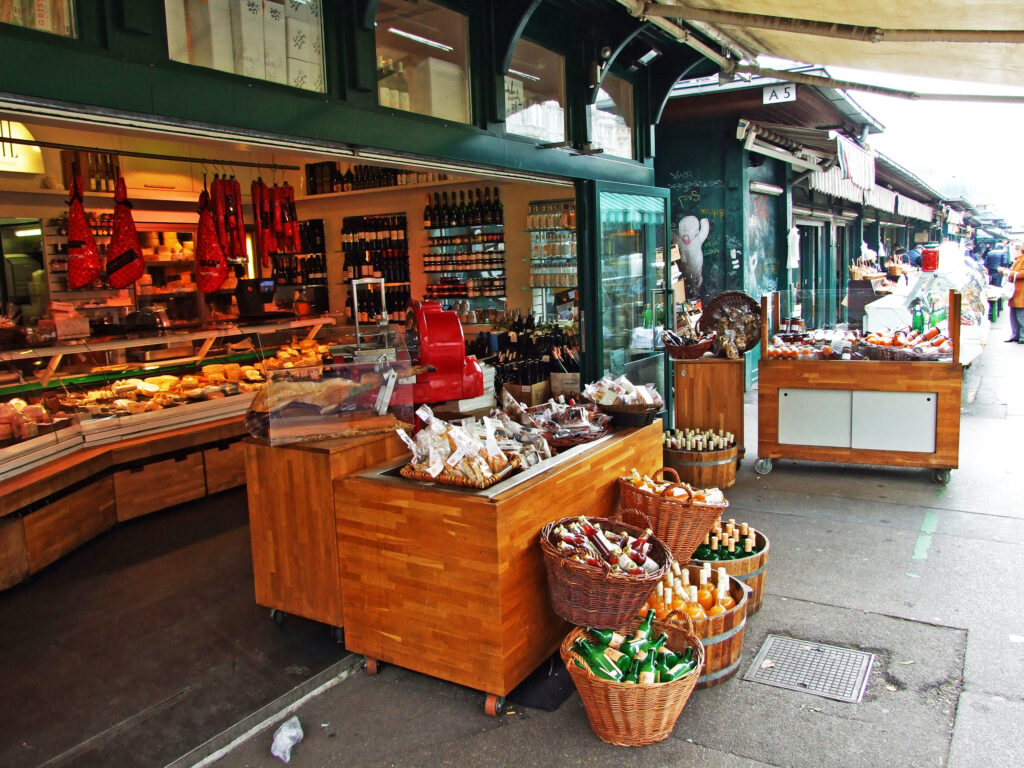 Traditional Austrian cuisine is an integral part of the culture and history of Vienna. Viennese dishes are typically rich, meat-based dishes with generous sauces. Austrian meals are traditionally eaten starting with soup and finishing with dessert. The most famous dish originated in Vienna is Wiener Schnitzel, consisting of veal cutlet breaded and fried. Other popular dishes include Apfelstrudel (apple strudel), Sachertorte (chocolate cake), Tafelspitz (boiled beef served with horseradish sauce), Gulaschsuppe (meat stew made from beef ribs or neck bones), and many more! 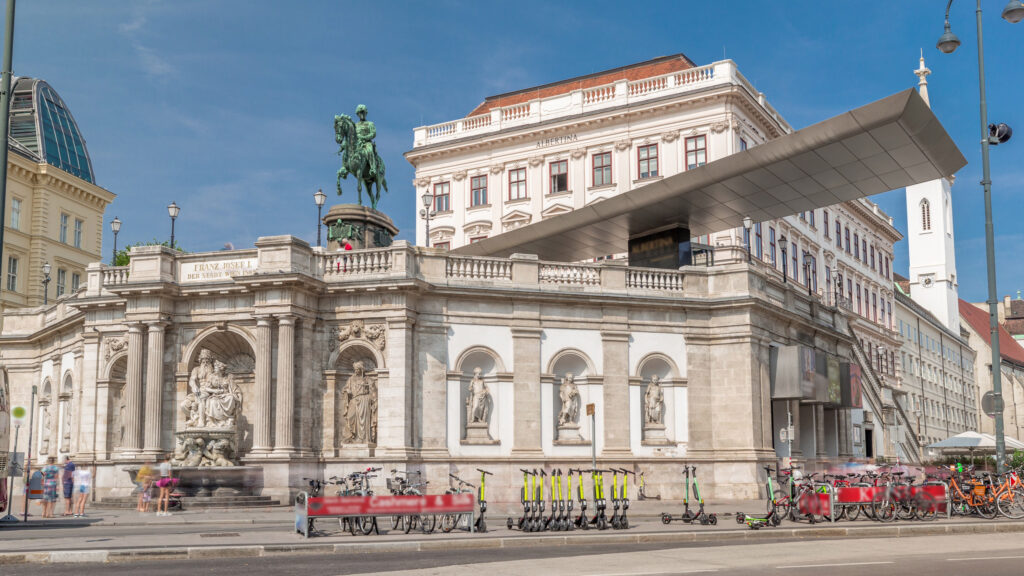 Vienna is a city of culture. The music scene has been alive since the late 1800s and offers many different genres with venues that date back to the 1700s. There are also many museums and galleries in the city, including the Albertina Museum, which houses one of the world’s largest collections of graphic art. The most famous museum in Vienna is probably Museumsquartier which hosts two top-rated museums: Kunsthaus Wien and Museum Moderner Kunst Stiftung Ludwig Wien. If you’re looking for contemporary art, be sure to visit the Wiener Secession building near Karlsplatz. 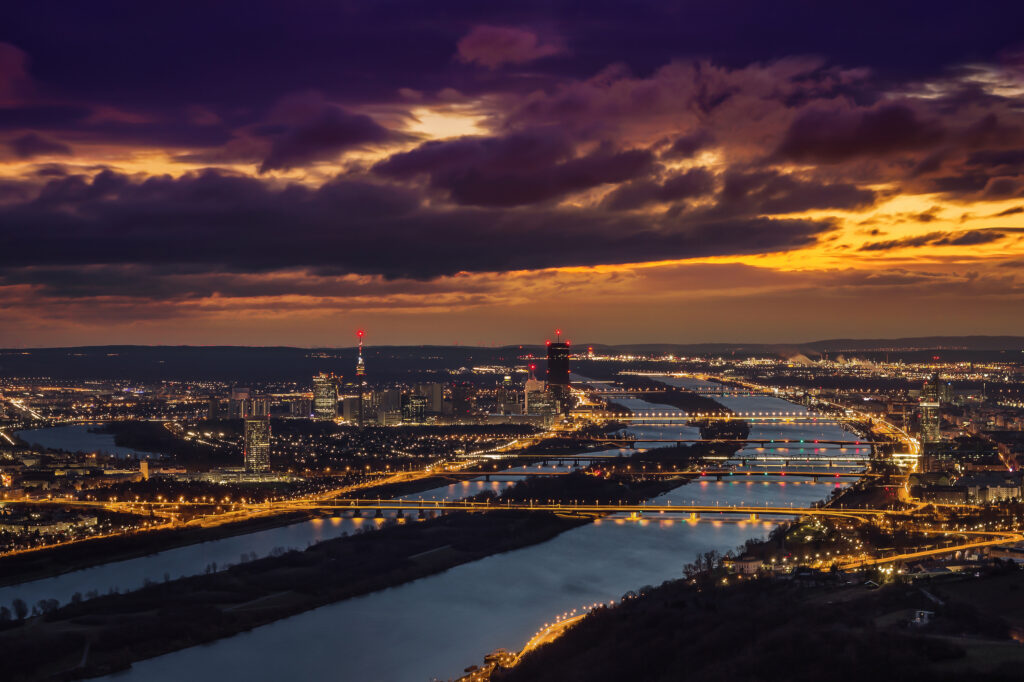 The climate in Vienna is often described as continental, but the city is, in fact, situated on a vast flat expanse of land. This means that it has not just one but three different types of weather: oceanic, continent, and Alpine. The oceanic climate prevails from May until September when temperatures are usually around 18 degrees Celsius during the day and 10 degrees at night. This is typically when the days are long and light, with sunrises around 4 am and sundowns around 8 pm. Continental weather naturally occurs from October until April, with temperatures generally hovering between 7-14 degrees Celsius during the day and 2-6 degrees at night. Finally, Alpine weather dominates from November until March. 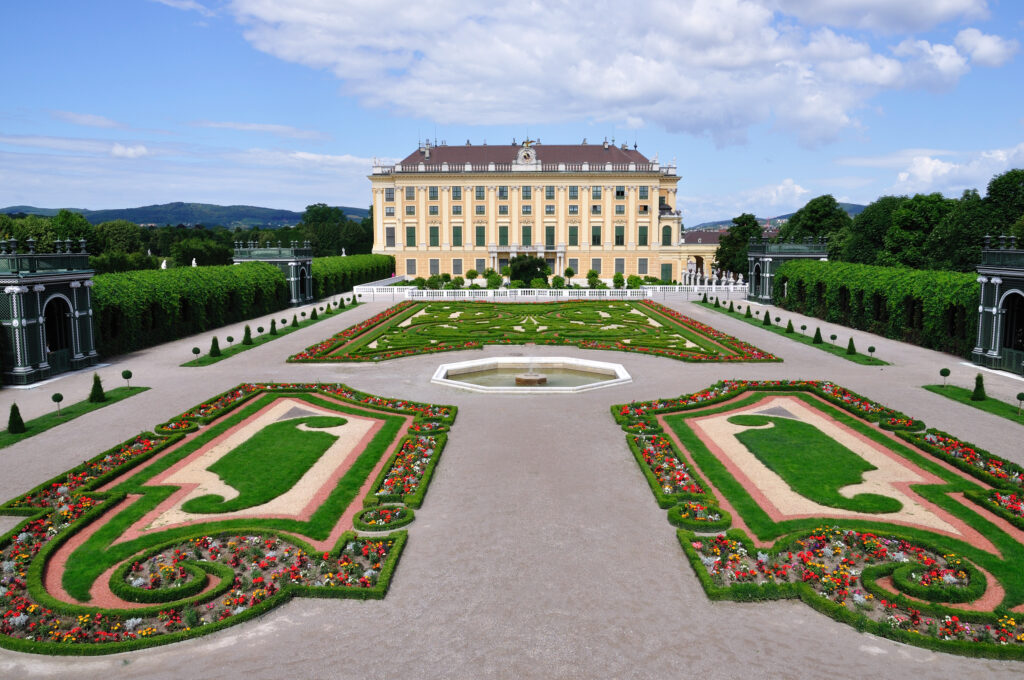 Vienna is the capital of Austria and home to around 1.8 million people. It is also one of the most popular tourist destinations in Europe, with over 20 million visitors annually. The city’s history dates back about 1,500 years, when it became the Roman Emperor’s residence and then was made a part of the Austro-Hungarian Empire in 1867.

The Habsburgs ruled from here for 400 years until 1918, when the monarchy ended, and the country became a republic. Vienna was a center for music in that period, as well as during World War II when composers like Mozart and Beethoven created their works here.

Vienna has been designated a UNESCO world heritage site due to its architectural beauty and rich history. 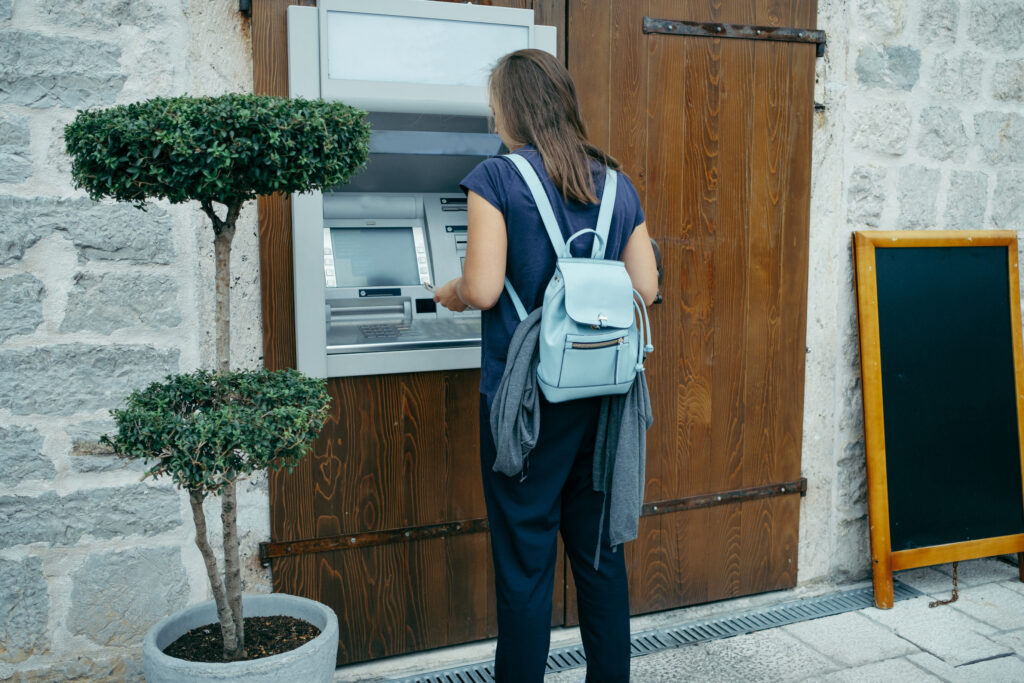 Austria has the euro as its currency which is used throughout all of Europe. This means that you will be able to use any euro cash in Austria without any conversion fees. The euro is made up of 100 cents, and coins come in denominations of 1, 2, 5, and 10 euros. Coins are worth more than paper money, so it’s a good idea to pay attention when using them! 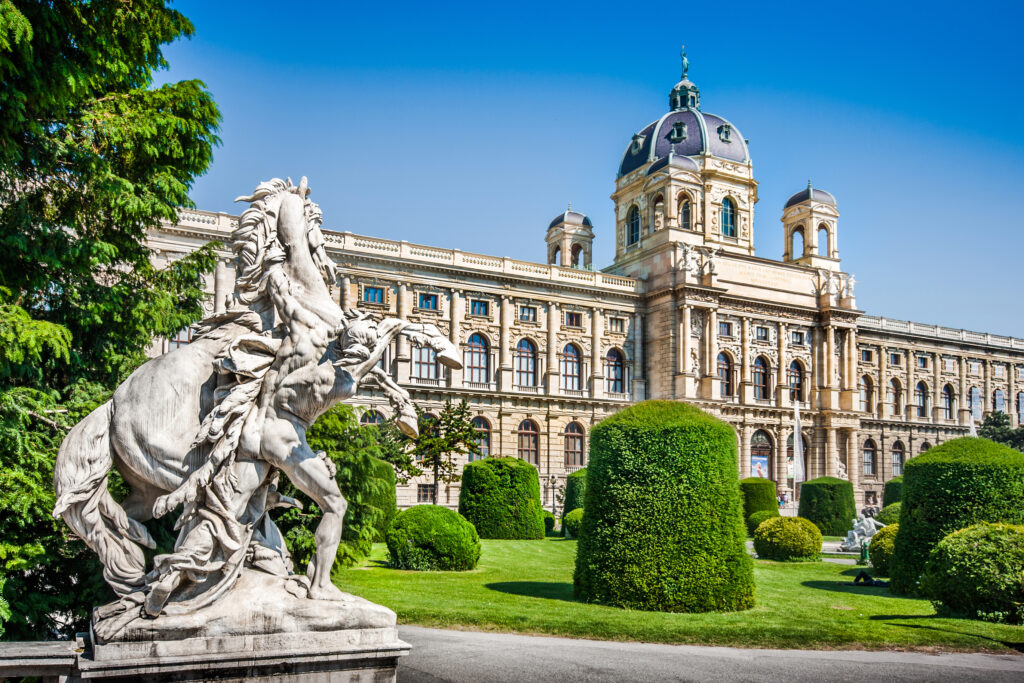 Vienna has a rich architectural history that spans centuries. The city’s architecture is characterized by the style of building called Baroque, which was popular in the 17th century. The most famous structures built in this style are St. Stephen’s Cathedral and Schönbrunn Palace. They’re an absolute must-see! Not far from the latter lies Schönbrunn Zoo, Europe’s oldest zoo still operating. Vienna offers countless museums for visitors to explore as well. The Kunsthistorisches Museum (Museum of Fine Arts) boasts one of the world’s most important collections of art from the Renaissance until 1900. With its outstanding collection, Neue Galerie Wien serves as a museum and exhibition space showcasing 20th-century Austrian and German art. 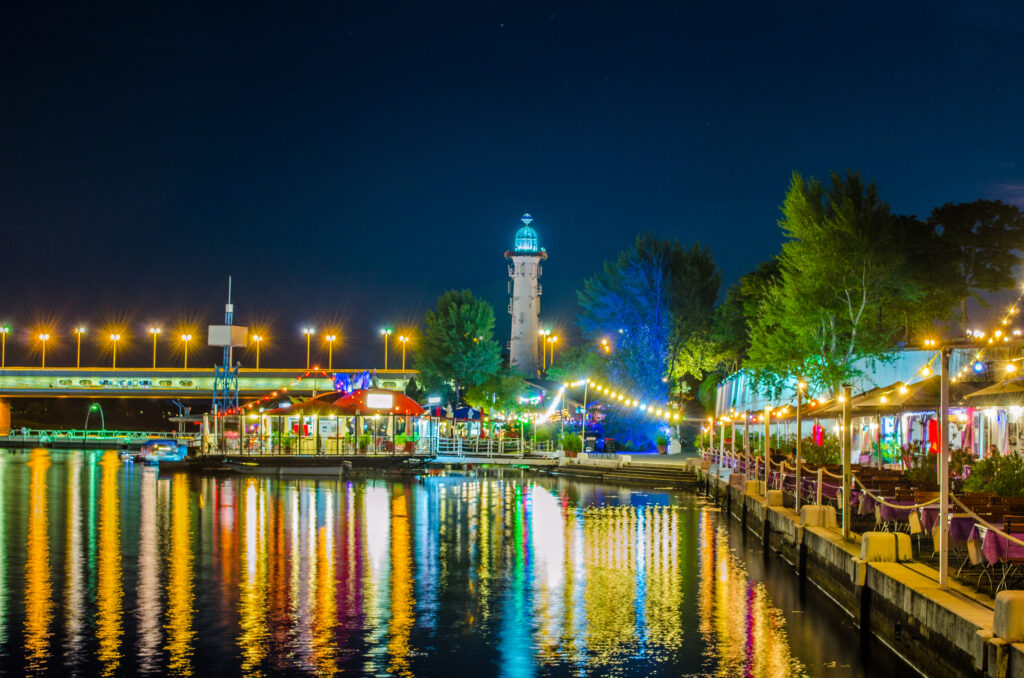 Vienna is renowned for its nightlife. There are countless bars and clubs around the city. The most popular areas of the city for those looking for a good time are Mitte, the 2nd district, Mariahilf, and Neubau.

A great place to start your evening is at one of the many traditional wine houses around town. Most serve small plates of food, and you can enjoy a glass of wine or two before heading out on your evening adventure. 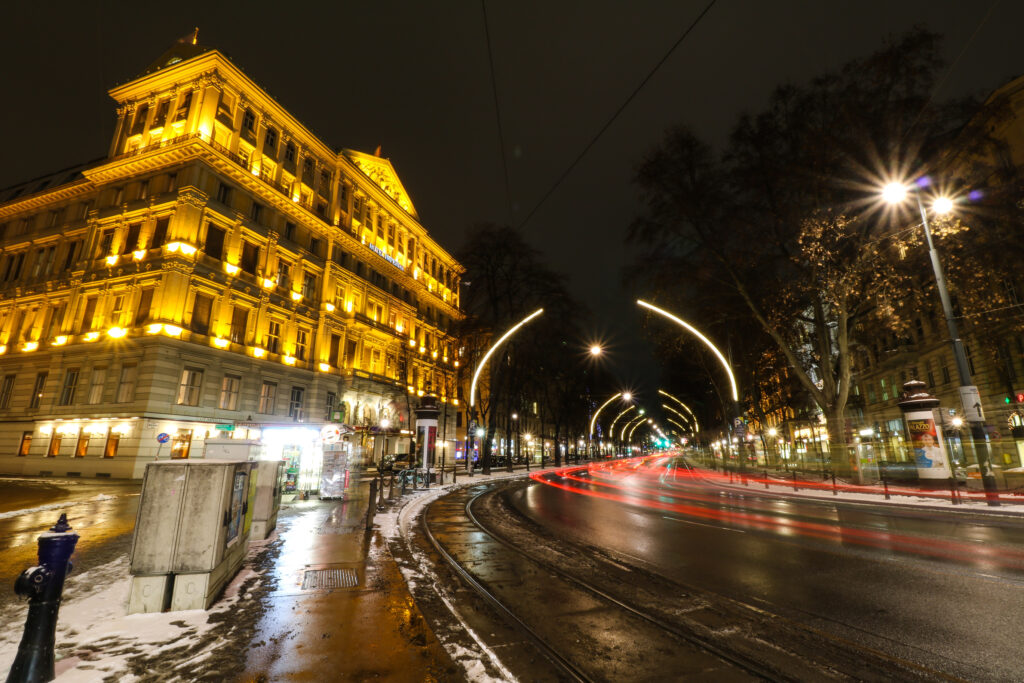 Vienna has a lot of accommodation options available and is known for having some of the best hotels in the world. The Imperial Suite at Hotel Imperial is perfect for those looking to live like royalty while they’re in town. The suite includes a large private lounge with a fireplace and views of the city and an office area with high-speed internet access so you can work from home. For those who prefer something more traditional, the Hotel Bristol or Hotel Sacher are great options that have been around for over 100 years. Both offer luxurious accommodations, a spa, and numerous dining options, all within walking distance from one another on Vienna’s famous Kärntner Straße.

10. The mode of transport 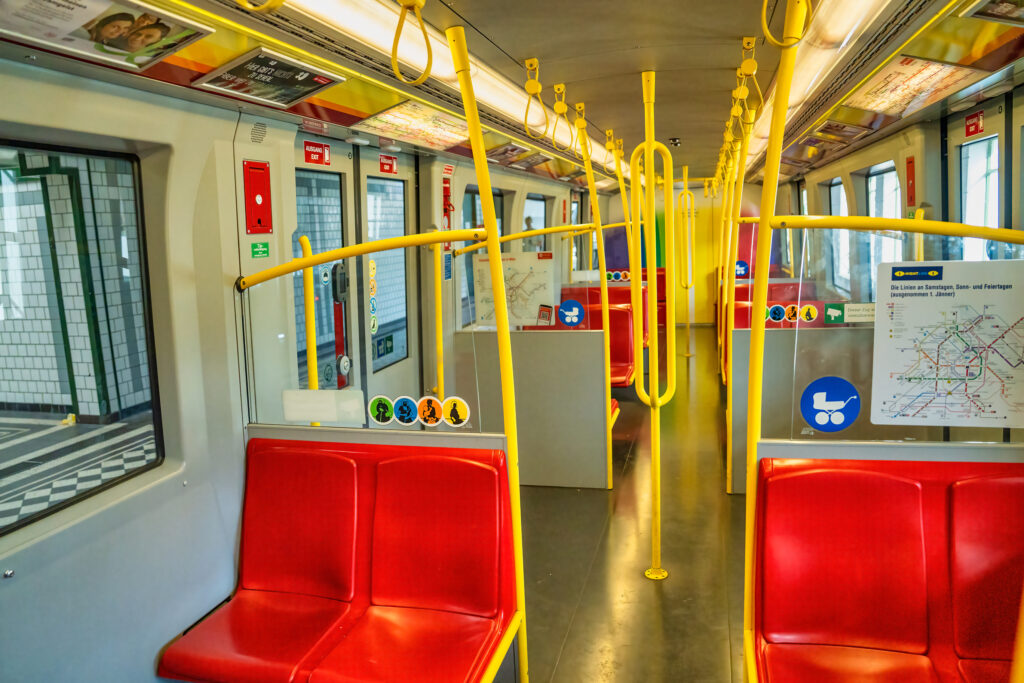 The best way to get around the city is by U-Bahn (subway) or S-Bahn (light rail). It’s also easy enough to walk around the city and discover hidden treasures. However, for those who prefer an alternate mode of transport, you can take a tram or bus.

While there are many ways to get from one point in the city to another, it might be best to use taxis only if you have a meager budget and know how much each trip will cost beforehand. 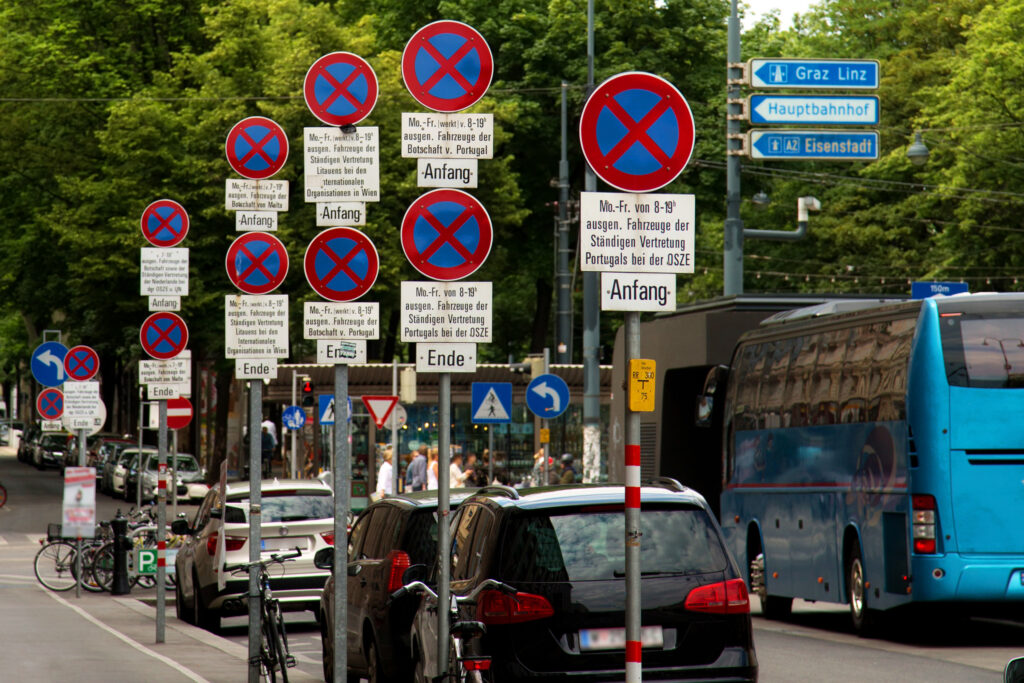 German is the official language of Austria and Vienna. However, the population is multi-lingual, so while you are in Austria, you will hear German as well as several other languages. The most common second language in the country is Turkish; this is due to a large influx of immigrants from neighboring countries such as Bosnia and Herzegovina and Turkey. English speakers should be able to get by without a problem since many Austrians speak excellent English. 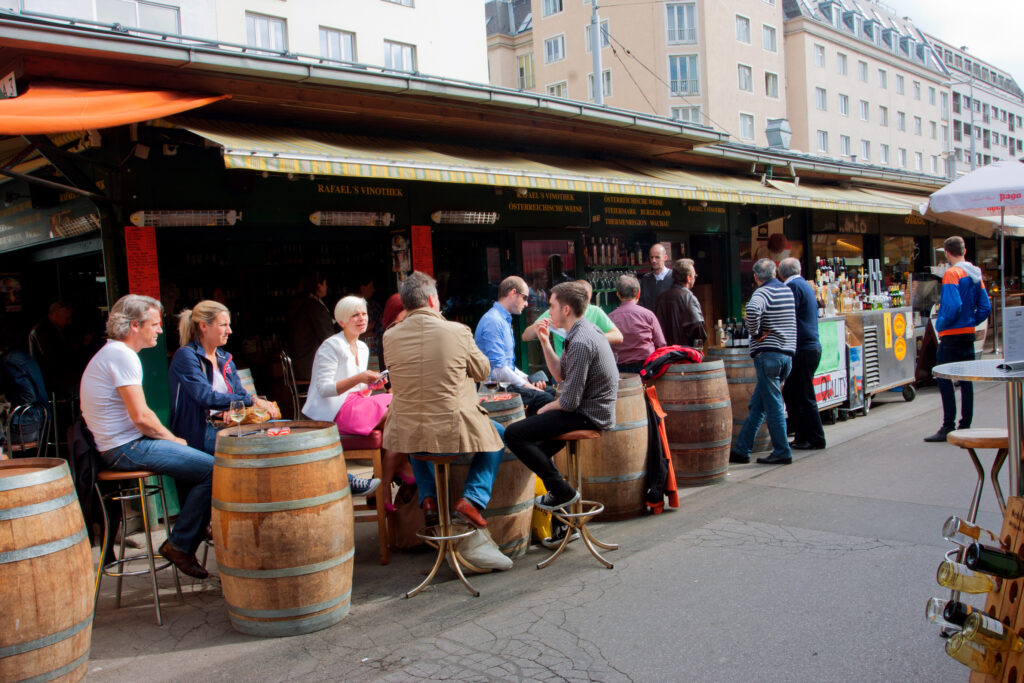 Vienna has a vibrant coffee culture. It’s not unusual for someone to order a coffee on the way home from work and then stop off at the nearest cafe for an after-work drink with their friend or colleague. There are hundreds of cafes in Vienna, which can be found on every corner of the city. With so many options, choosing which one to go into can take time and effort. 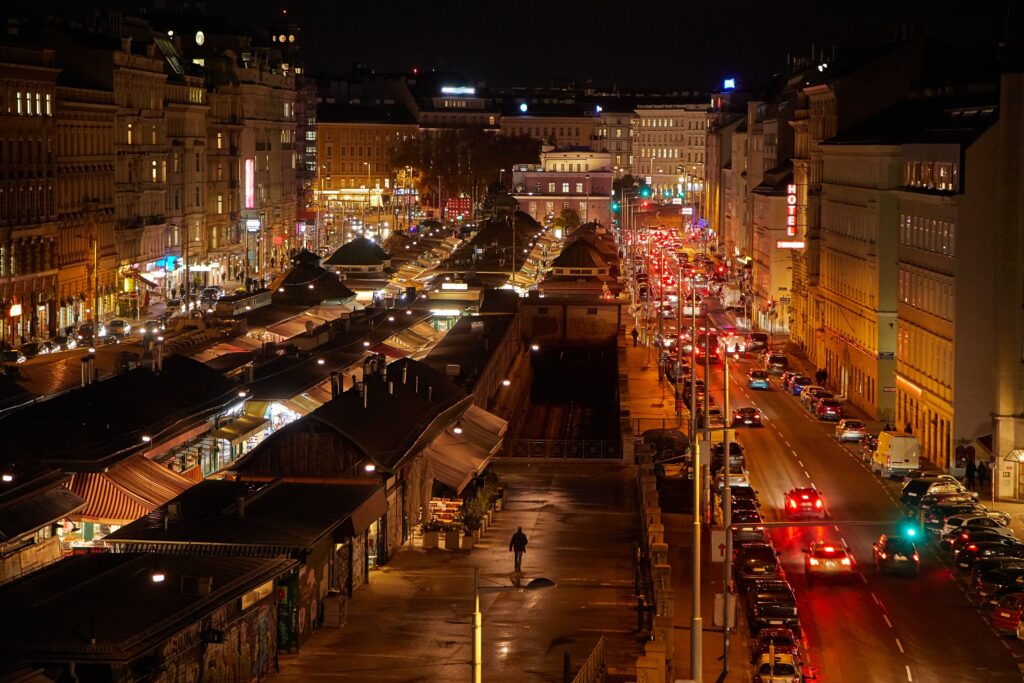 Music is integral to Viennese culture. Be sure to visit the classical music quarter of the city and take in a performance by a local orchestra or opera singer. If you’re looking for something more modern, head over to the Naschmarkt and enjoy some jazz on one of its many stages. If you want an authentic taste of Viennese music but don’t know what it sounds like, ask for some Lederhosen at the next restaurant you go into: they’ll almost always have live folk music going on in the background! 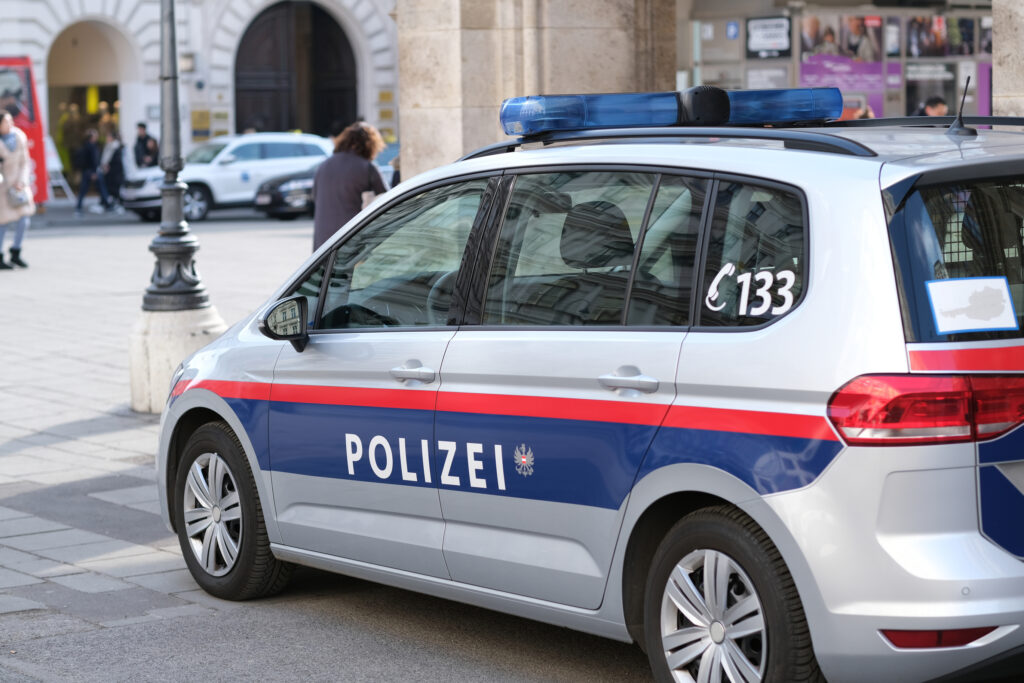 Vienna is a safe city, and the crime rates are low. There are many safe neighborhoods in the city, though not all of them have 24-hour police service. If you’re going out at night, it’s always best to take a taxi or public transportation because it can be difficult for people without cars to get around at night. There are also some areas that you should avoid if you don’t want trouble, like parts of Ottakring. 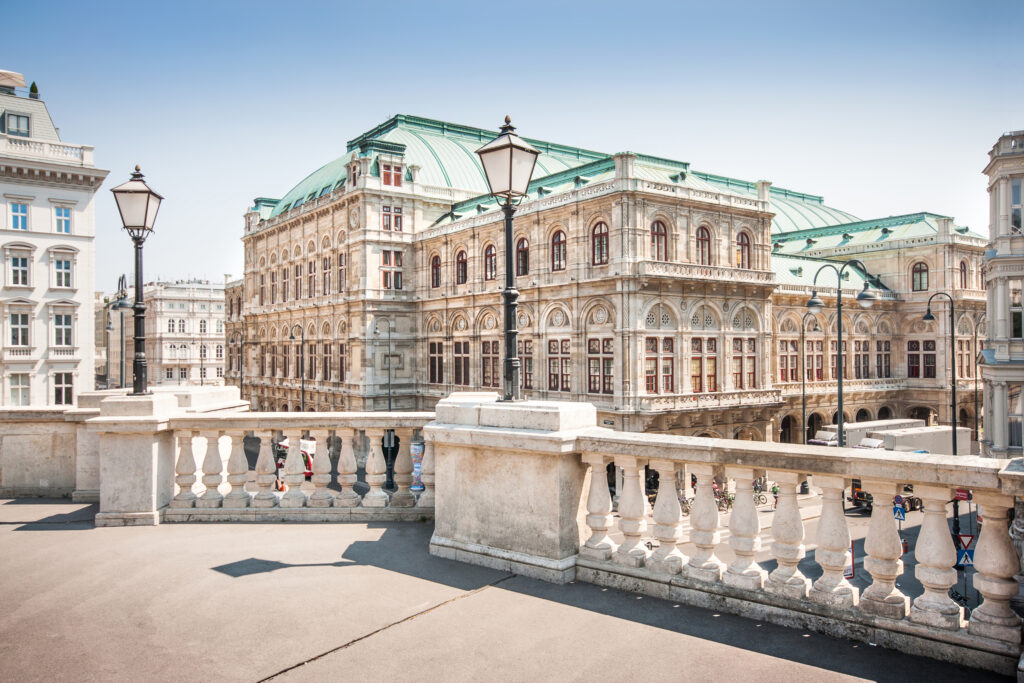 Vienna is a city of culture and sophistication, with centuries-old buildings and rich history. This is true not only of the city’s architecture but also its art scene. The Wiener Staatsoper (Vienna State Opera), for instance, was first opened in 1869 as an Austrian National Theatre. It was bombed during World War II but restored and reopened in 1956 with a performance of Verdi’s Aida. Another Viennese gem is the Museum der Moderne Wien (Museum of Modern Art), which opened its doors in 2003 with works from artists such as Damien Hirst, Andy Warhol, Jeff Koons, and Gerhard Richter.