As a traveler who is fond of beautiful things, not only capturing the beauty that can be seen on everyone’s smartphone, but also someone who travels to write bizarre, exotic, and horrifying things. There’s just nothing profound about finding the right words to describe these places I discovered, and to prove to you they’re real -this article will help you see with your own eyes the facets of our Earth!

If we are going to describe our world, majestic is an understatement. We are surrounded by different sights and places that are just waiting to be seen. Aside from the known wonders of the world, here are 15 unbelievable and breathtaking places that should be visiting after this pandemic:

Who doesn’t like waterfalls? Mauritius’ underwater waterfall is a stunning natural illusion. It’s off the shore of Le Morne village in the island’s southwest corner. Le Morne Beach is one of Mauritius’ most beautiful beaches, attracting both residents and visitors throughout the year. Despite its appearances, this is not a flowing body of water, but rather an optical illusion caused by the seafloor structure. The island is located on an ocean shelf that is little more than 500 feet deep at its edge. However, it quickly descends to depths of over two and a half miles, and what we see in the underwater waterfall is sand particles being swept over by the river rather than water pouring into the abyss. Kitesurfing and deep-sea fishing are additional popular activities. 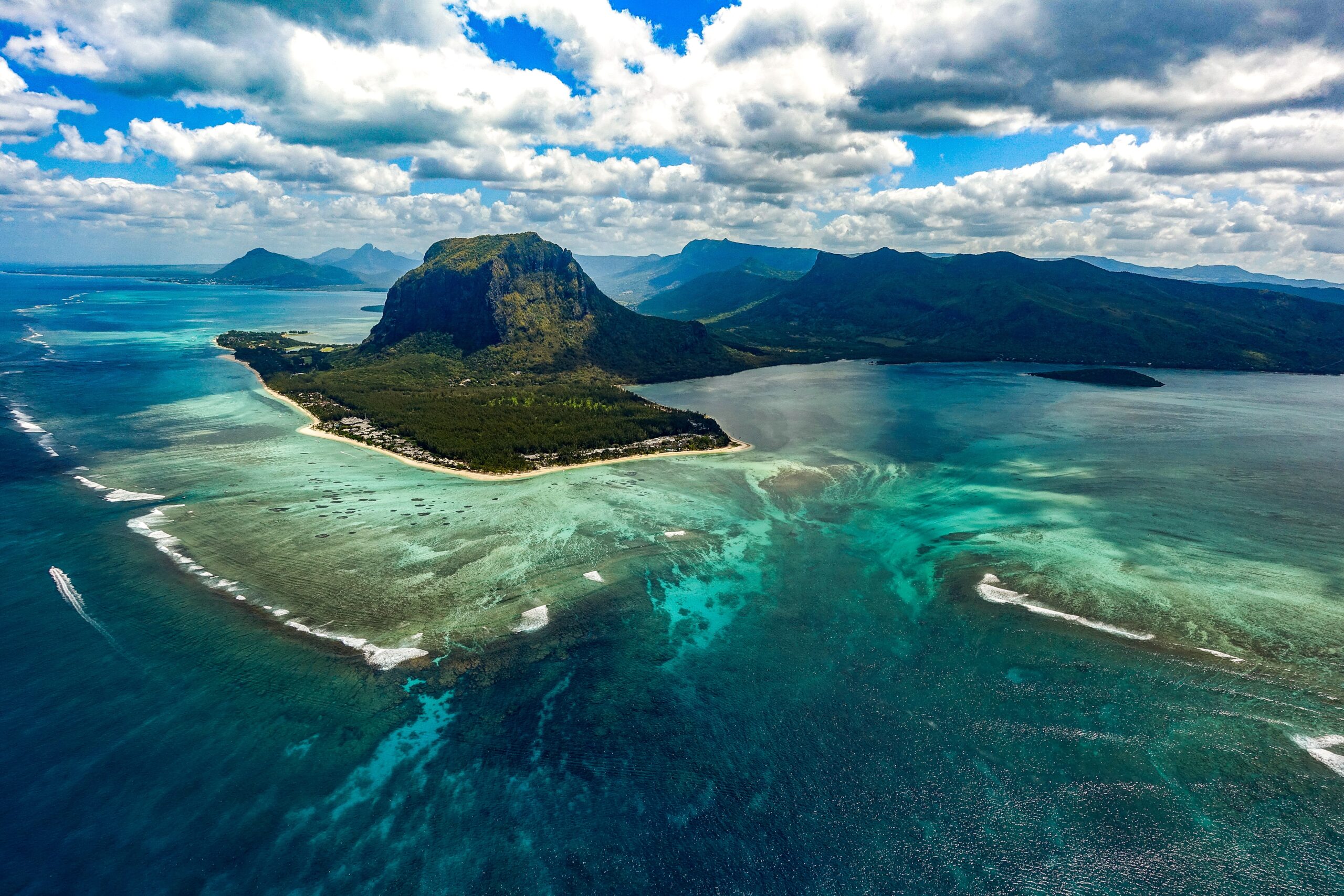 Stars beyond your reach? Nope. This cave from New Zealand is home to Glowworms. Glowworms are the larval stages of a fungus that is only found in this nation. Glowworms emit bioluminescence, which is created by a chemical reaction in the insects’ abdomens. When the glowworms are active, it provides one of the most magnificent views in the natural world and makes for a wonderful boat journey in the cavern. A must-visit tourist attraction. The Waitomo Glowworm Caves are located 12 kilometers northwest of Te Kuiti in the Northern King Country area of New Zealand’s North Island. 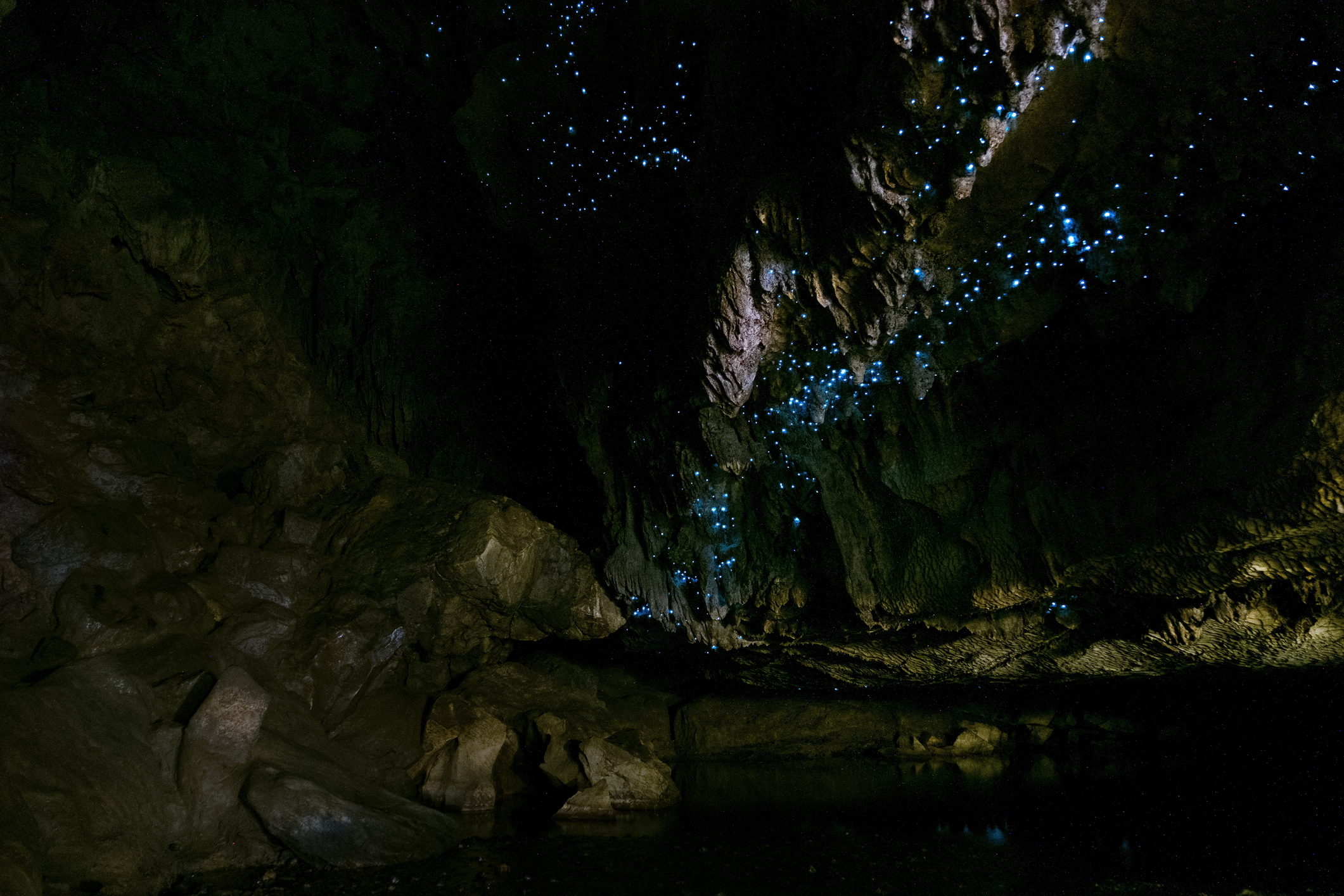 With this next attraction, serenity and peace are definitely beyond reach. China’s Tianzi Mountain is part of the Wulingyuan Scenic and Historic Interest Area, which is a global natural heritage site and is located in the Wulingyuan District of Zhangjiajie city. Tianzi Mountain boasts the most beautiful peaks in Wulingyuan, and it’s famous for its four wonders: the Sea of Clouds, the Radiance of the Sun, and the Radiance of the Moonlight, and the Snow in Winter. The summits of Tianzi Mountain climb one after another, providing breathtaking sceneries.

The Grand Prismatic Spring is a must-see for everyone visiting Yellowstone National Park. After Frying Pan Lake in New Zealand and Boiling Lake in Dominica, this is the biggest hot spring in the United States and the third-largest in the world. It may look pleasing to the eye as it looks like a melted rainbow on the floor, but where do its colors come from? The color is created from the presence of microbes that live in hot environments. The Grand Prismatic Spring is certainly a natural wonder, and this massive hot spring in Yellowstone Park has a lot to live up to. With its dazzling rainbow ring of hues, it’s more than up to the challenge. The Grand Prismatic Spring is one of the most beautiful sights in America. Just don’t touch it since the boiling heat would certainly melt the skin off your bones. 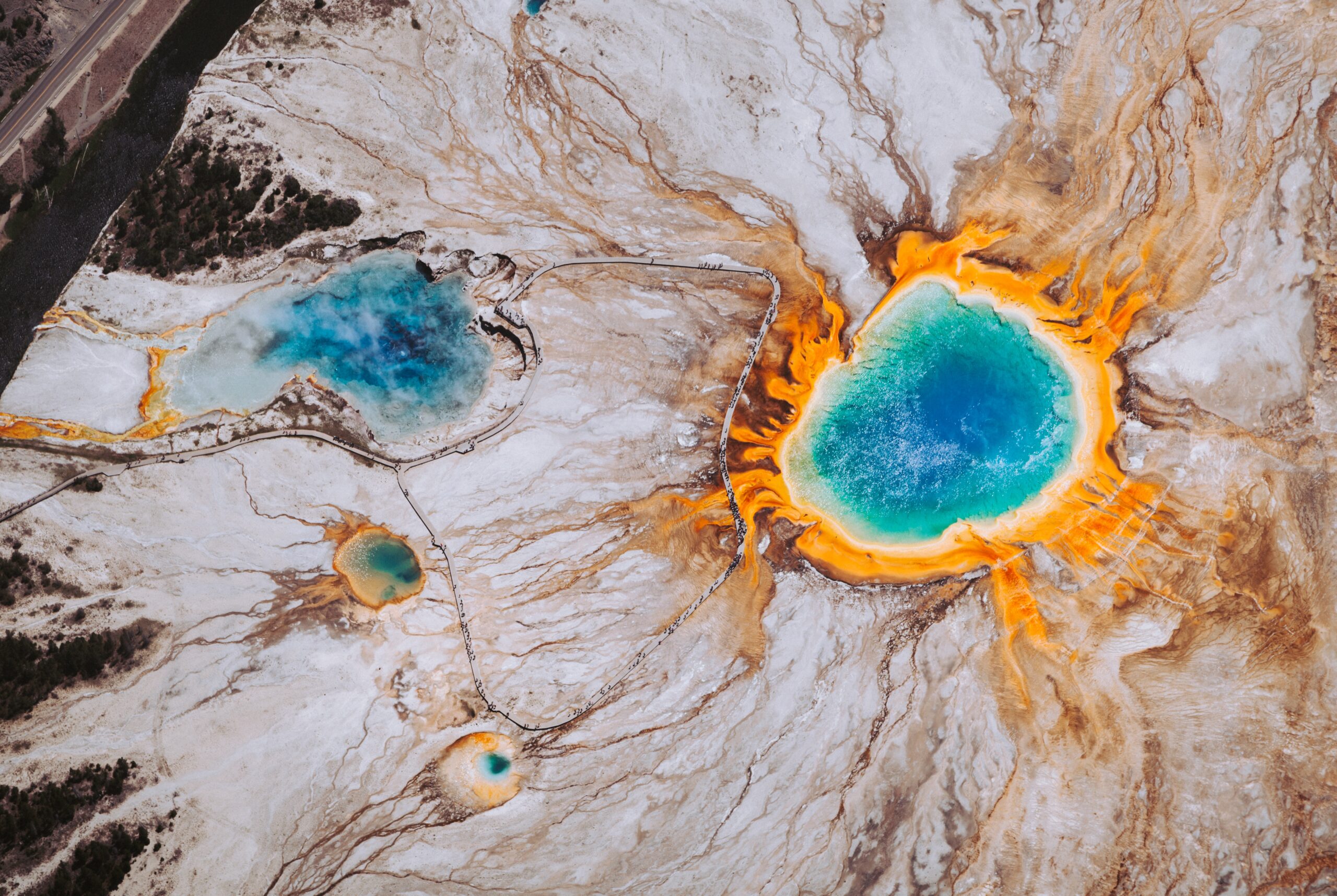 If you have already seen the movie “Up”, you might want to take a look at this next attraction. Locals say Mount Roraima is the stump of a great tree that once produced all of the world’s fruits and vegetables, and the seemingly inaccessible cliffs have inspired a variety of legends, including Sir Arthur Conan Doyle’s Lost World and Paradise Falls from the film “Up.” Mount Roraima is the tallest in the Pakaraima range of tepui plateaus in South America and is also becoming a popular backpacking destination. So, for those of you who enjoy hiking and backpacking, this is definitely for you. 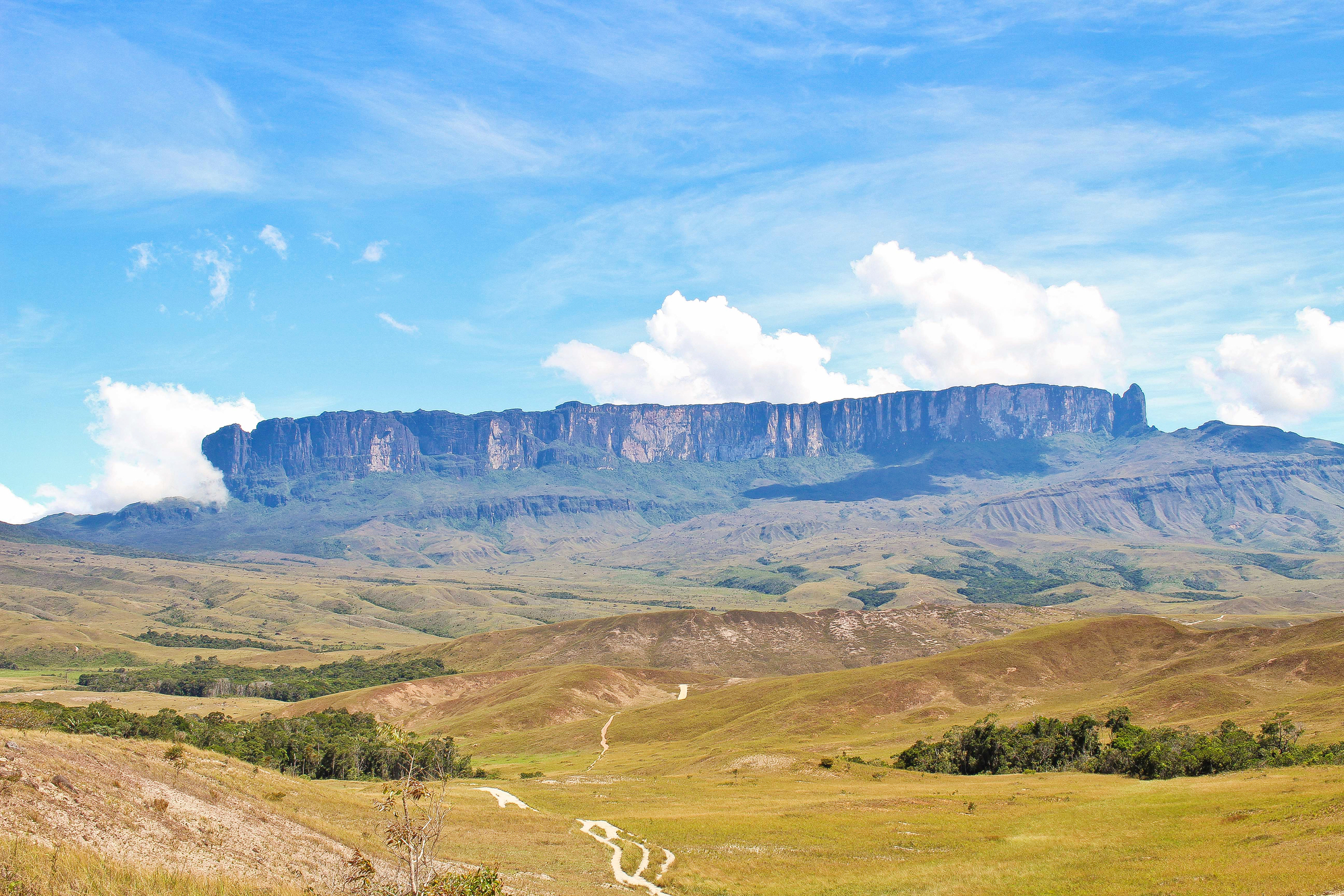 Tourists flock to Lake Retba due to its unique pink color, which is divided by sand dunes. This lake has the greatest salt concentration of all of them, as well as a large number of microorganisms that give it its distinctive color. You must come here during the dry seasons November and June to see the lake’s beautiful pink color, which is Africa’s pride. You’ll be astounded at the mountains of salts stacked along the coast of Lake Retba. Swimming in this lovely lake will be a dream come true for you. 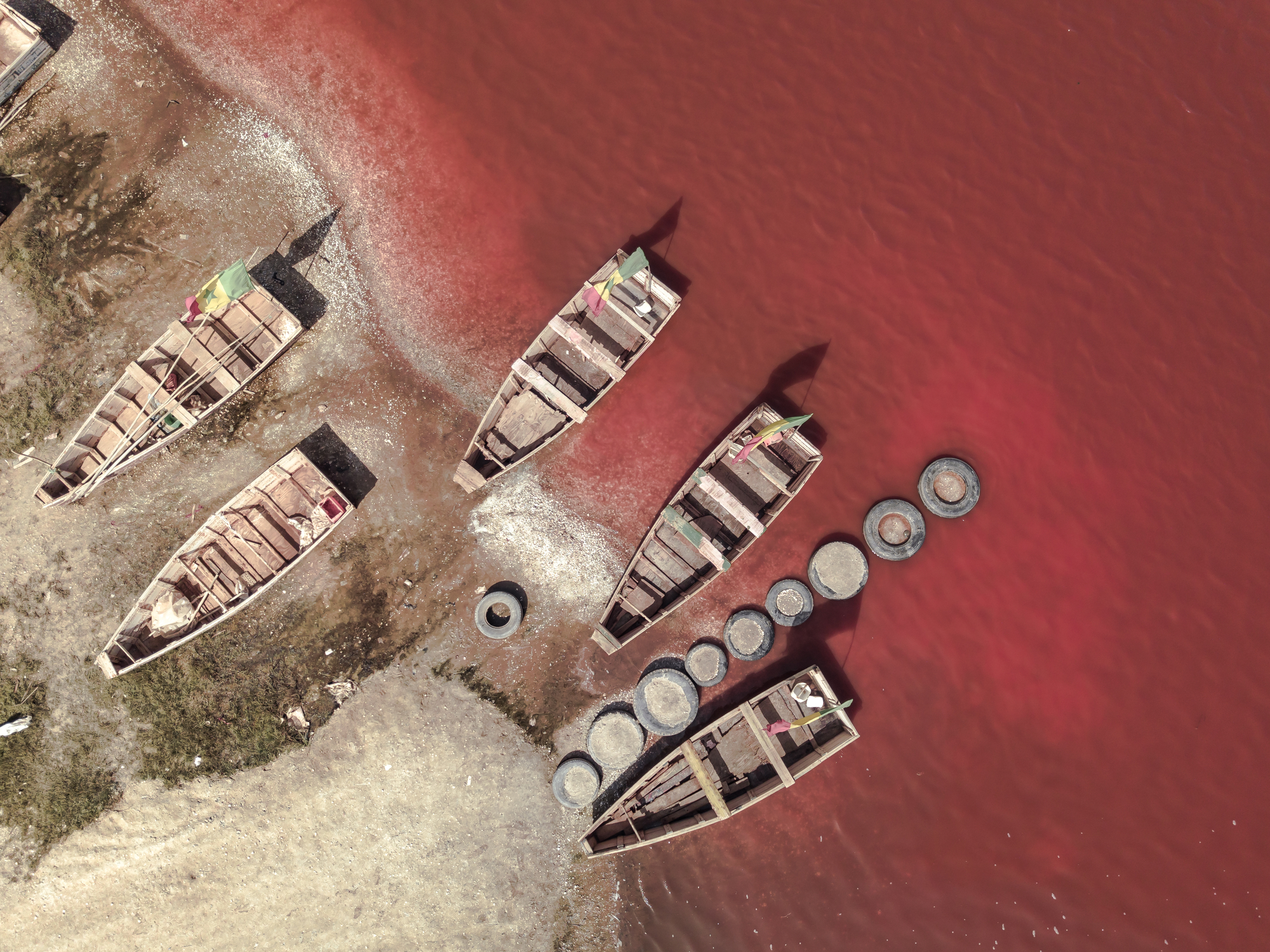 When you think of the beach, sand is usually the first thing that comes to mind. This is not the case, however, with China’s Panjin Red Beach, which is truly red and not coated in sand. Sueda, a kind of red plant, is responsible for this occurrence. It begins to grow in April and May, remains green throughout the summer, and then turns a vibrant crimson in the autumn. The Red Beach is situated amid the world’s largest wetland and reed marsh. In fact, the nature reserve is home to more than 260 species of birds and 399 species of wild animals, making it the most comprehensive ecosystem on the planet. The endangered Crown Cranes and Black Beaked Gulls may be found there, which is why the famed beach is known as “the cranes’ home.” 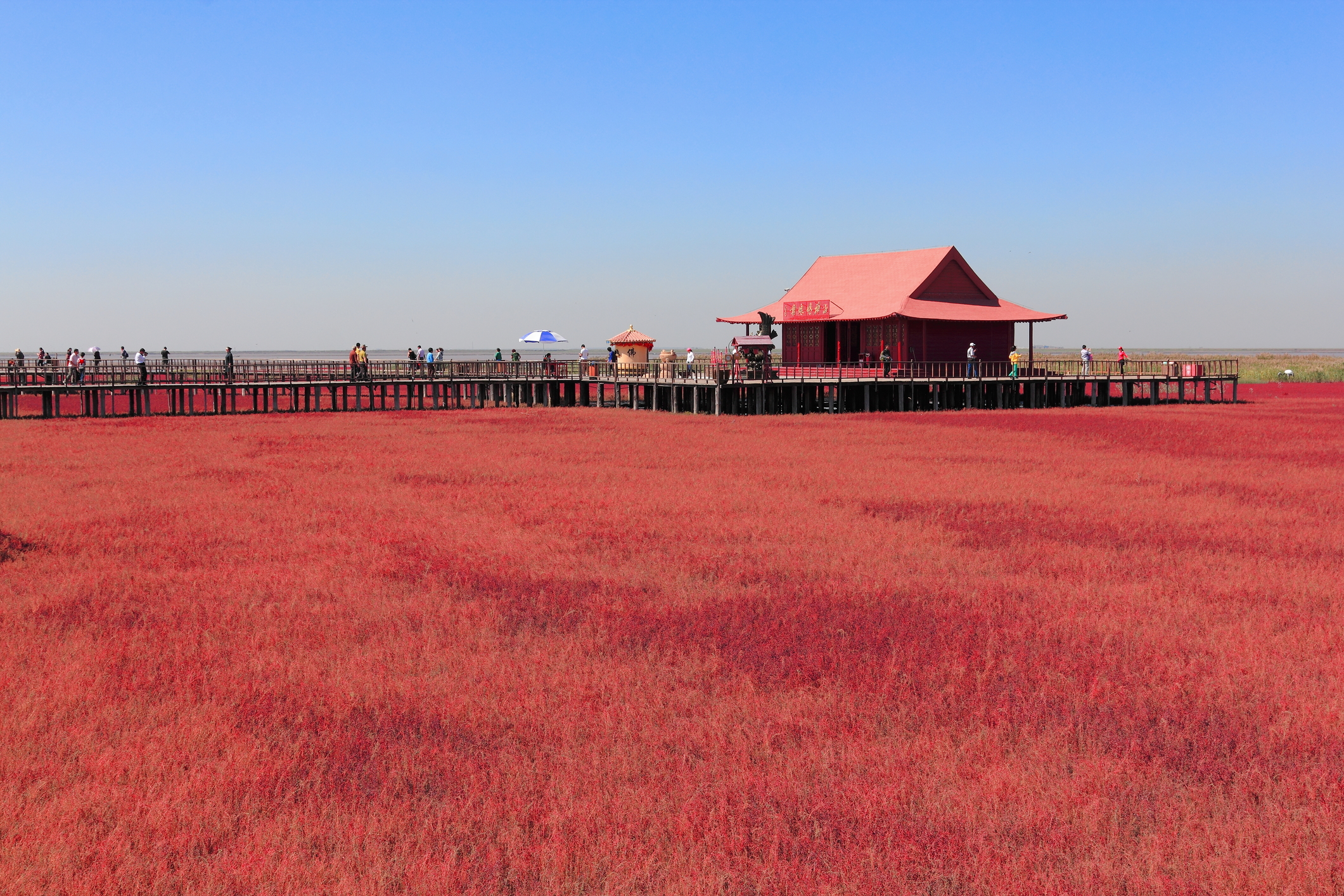 The Crooked Forest in Poland, also known as Krzywy Las, is a fascinating natural wonder that has captivated visitors from all over the world. A stand of an estimated 400 pine trees with a strange malformation stands in the heart of a healthy forest near the Western border in the Gryfino Forest in Nowe Czarnowo, south of Szczecin. A strong bend in the trunk at the base of each tree gives way to a noticeable curve that snakes upward into mainly straight top growth. Nobody knows how the pines obtained their curves, despite a variety of ideas (a few of which are genuinely plausible). 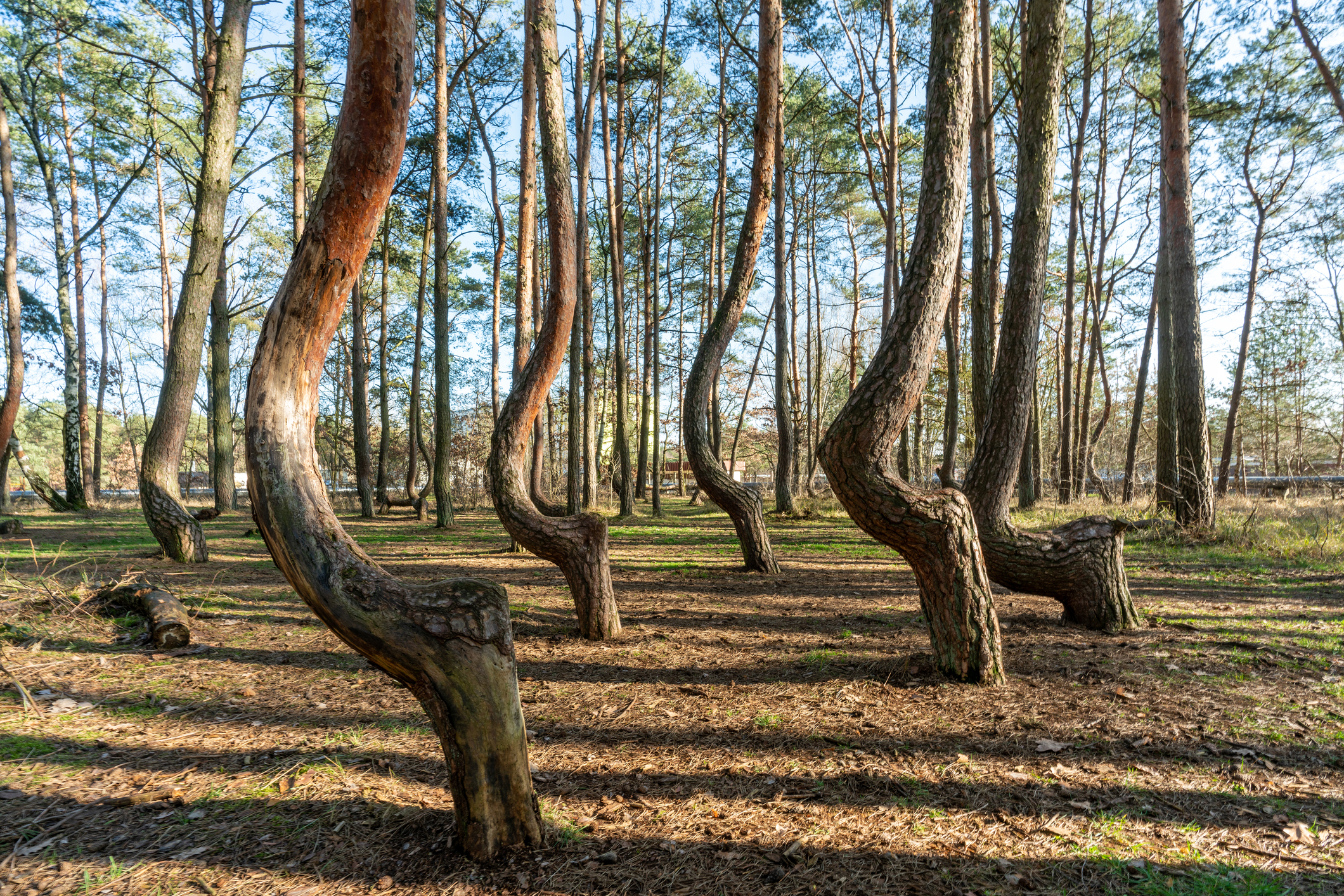 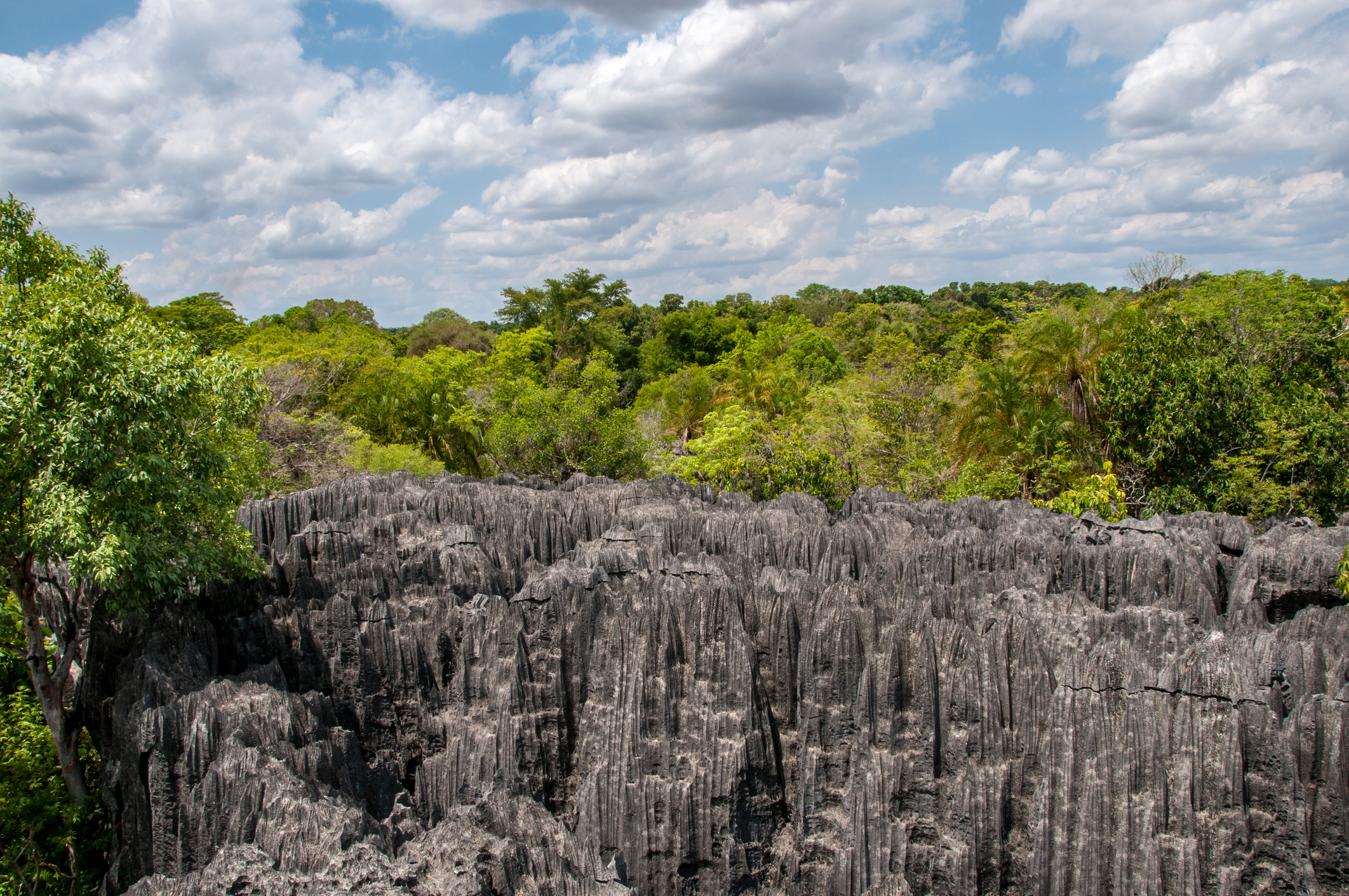 Lake Baikal is a beautiful natural wonder and the world’s deepest freshwater lake, with a depth of about 1,640 meters. When you visit Lake Baikal and the surrounding areas, you will be struck by the breathtaking landscape and the opportunity to get closer to nature. You may go for a stroll along the shoreline and see the animals while taking in the breathtaking sights. You’ll also have the opportunity to capture some beautiful photos to remember your vacation. One thing is certain: visiting magnificent Lake Baikal will provide you with a plethora of memories that you will cherish for the rest of your life, so is there any other reason not to go? 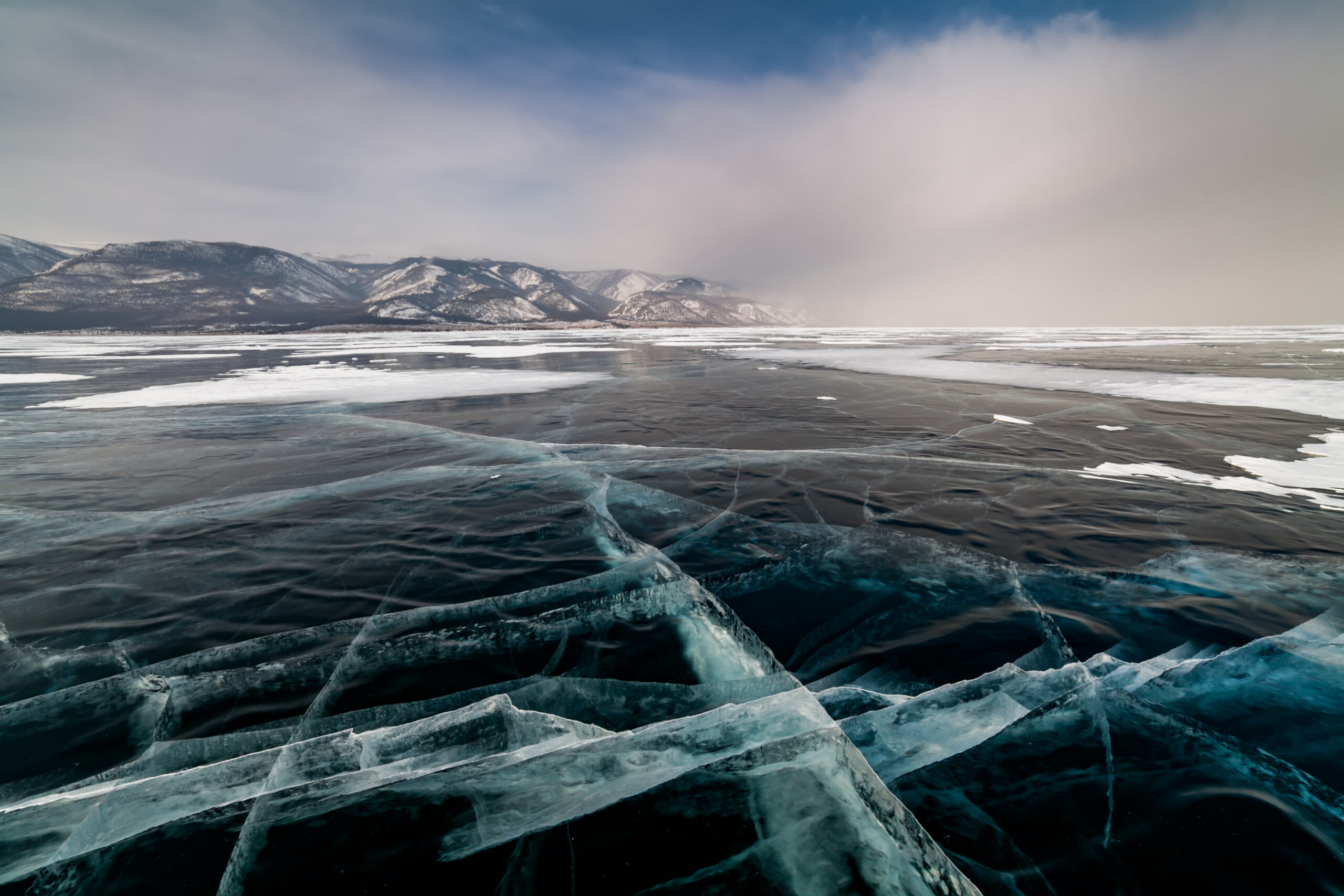 At this point, it seems inconceivable that Mother Nature may still surprise us, yet she still does. The Richat Structure from Mauritania has a diameter of almost 40 kilometers and is made up of concentric rings of rock and other sedimentary materials that protrude from beneath the sand. Many people think it was found by astronauts on the Gemini 4 expedition from orbit. The item, however, has been known since the 19th century, when it was found by French geologists. Most studies, however, believe that it is an anticline dome that has been eroded over millions of years, exposing the core. Of course, like with many other natural formations throughout the globe, there have been those who think that aliens are responsible. 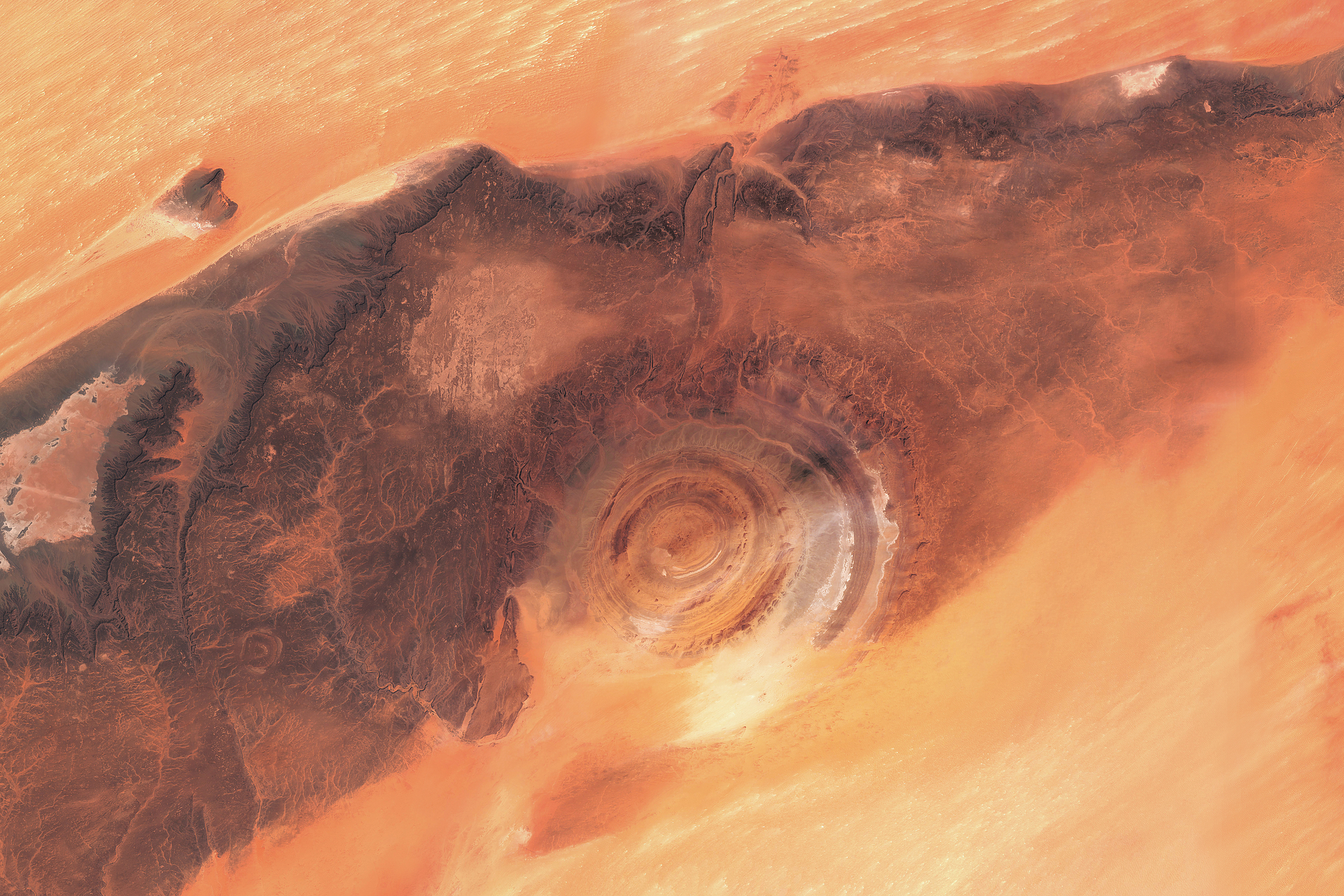 Fly Geyser, located on Fly Ranch in Nevada, is a unique man-nature cooperation. The multi-colored geothermal geyser, which shoots water five feet in the air and builds up the landmark by depositing minerals and multi-colored thermophilic algae on the surrounding terraces, is the product of an uncapped 1964 drilling effort. While the geyser is not one of the most dangerous tourist attractions in the world, tourists should be aware that the fountain is incredibly hot. Furthermore, the minerals and algae in and around the geyser require specific conditions to thrive, therefore we must avoid touching or approaching the geyser or its natural pools. The rainbow geyser is one of the world’s most spectacular natural marvels. 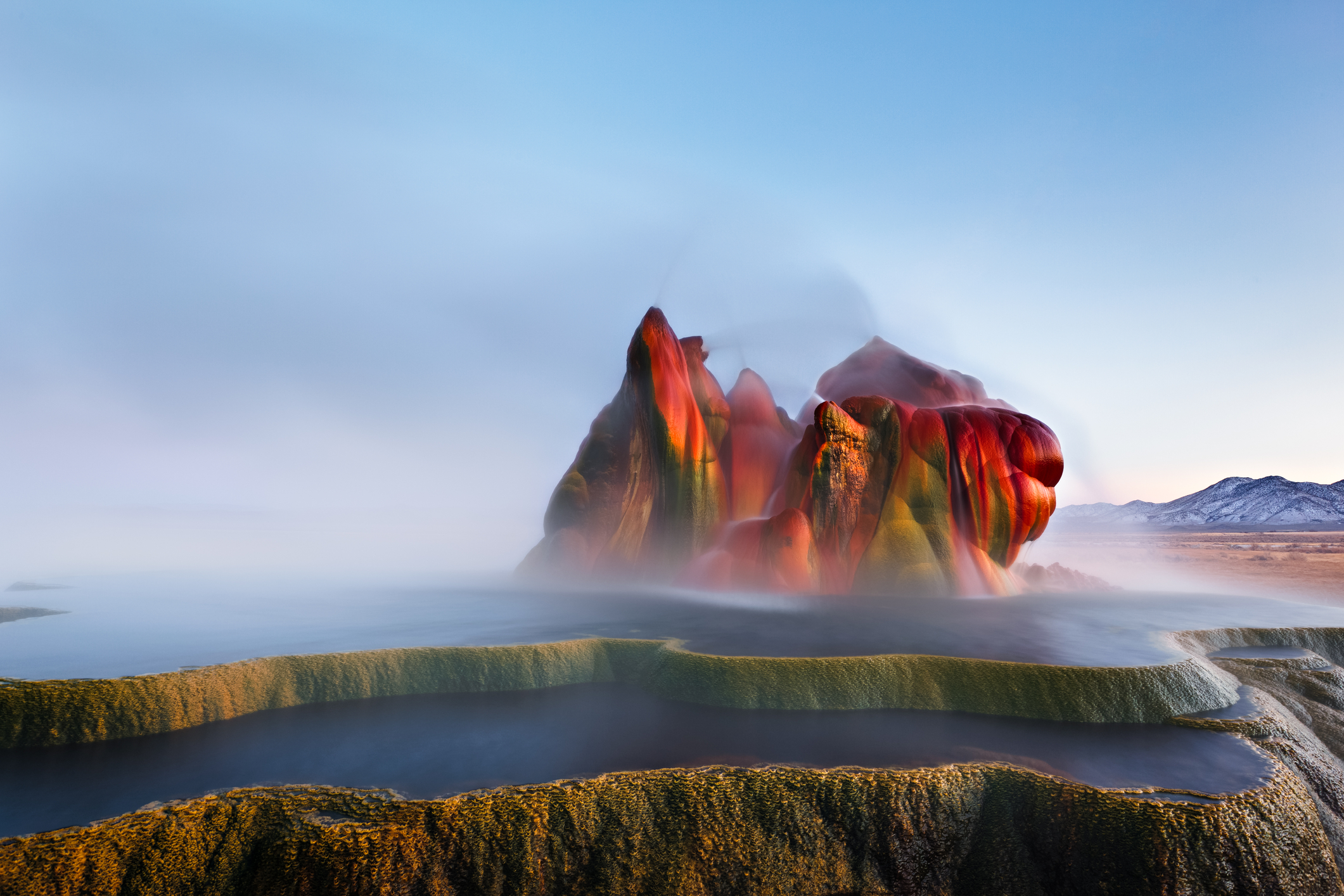 The Naica Caves in Chihuahua, Mexico, are the world’s biggest crystal cave. These caverns were found by chance barely a decade ago. Two miners from the Mexican mining firm ‘Penoles’ dug a new tunnel in 2000, only for the crystal cave to unveil its sinister beauty. The Naica Crystal Caves have been dubbed the “Sistine Chapel of Crystals” by some scientists. The largest previously known crystals originated from a nearby sister cave known as “The Cave of Swords,” all of which are part of the same mining system. This mining system is still operational, and new unknown subterranean regions are being discovered.

The “Gates of Hell,” also known as the “Gate to Hell,” “Door to Hell,” and so on, is a one-of-a-kind monument that pockmarks Mother Earth’s face. The 230-foot-wide hole has been burning in the middle of the Karakum Desert near the 350-person hamlet of Derweze in Turkmenistan for the past 40 years. It emits toxic fumes at all hours of the day and night, lighting up the desert floor like a second sun. You might want to visit while caravanning for weeks, grilling in the chilly desert evenings and waving at wayside camels along the route.

Caño Cristales, also known as the five-colored river or the Liquid Rainbow is a very magical location that will exceed your expectations. You will see a rainbow turn into a river at Caño Cristales, a natural phenomenon that occurs nowhere else on Earth. Caño Cristales is found in Colombia’s Serranía de la Macarena National Park, which is in the Meta department. Caño Cristales is also a river with a quick stream in several places, as well as numerous rapids, waterfalls, and circular pits or holes. The river is normally closed to tourists from mid-December to mid-May to allow the area’s ecosystem a rest. In addition, there isn’t enough water in the river during the dry season to maintain the brilliant diversity of life. 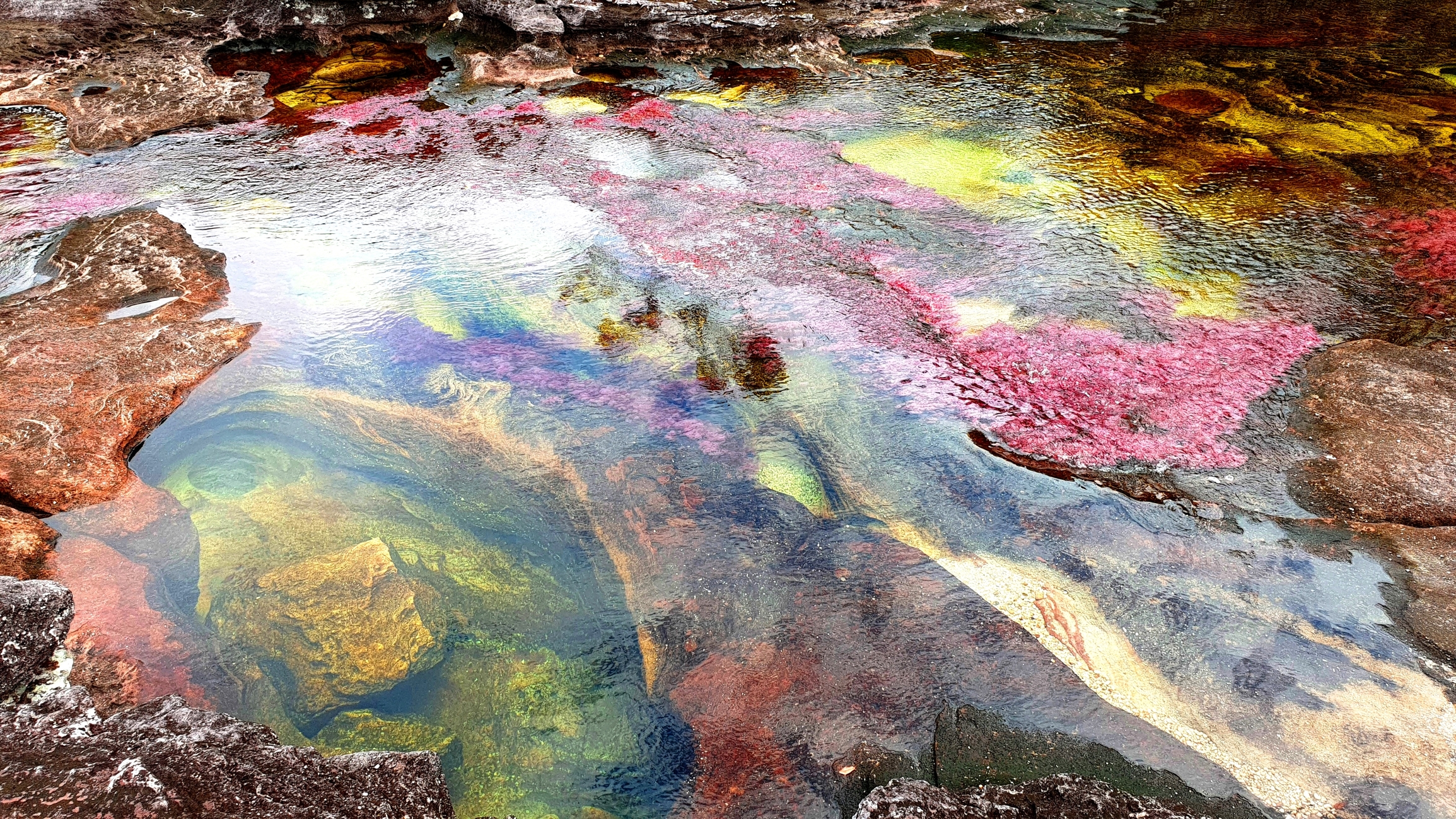