8 Exciting Things To Do In Austria Vienna

8 Exciting Things To Do In Austria Vienna

Vienna, the capital of Austria, is the most populous city in the country, with about 30% of the nation’s population living here. It’s the heart of the country’s economy, culture as well as politics and hosts the United Nations organization. With several varied names, such as the City of Dreams and the City of Music, Vienna is famous worldwide and has an abundance of impressive historic buildings, structures, and gardens.

Rated as one of the most habitable cities in the globe and with its populace living a comfortable life, Vienna is a haven in Europe and remains an evergreen tourist destination. Let’s explore the most exciting things to do in Vienna. 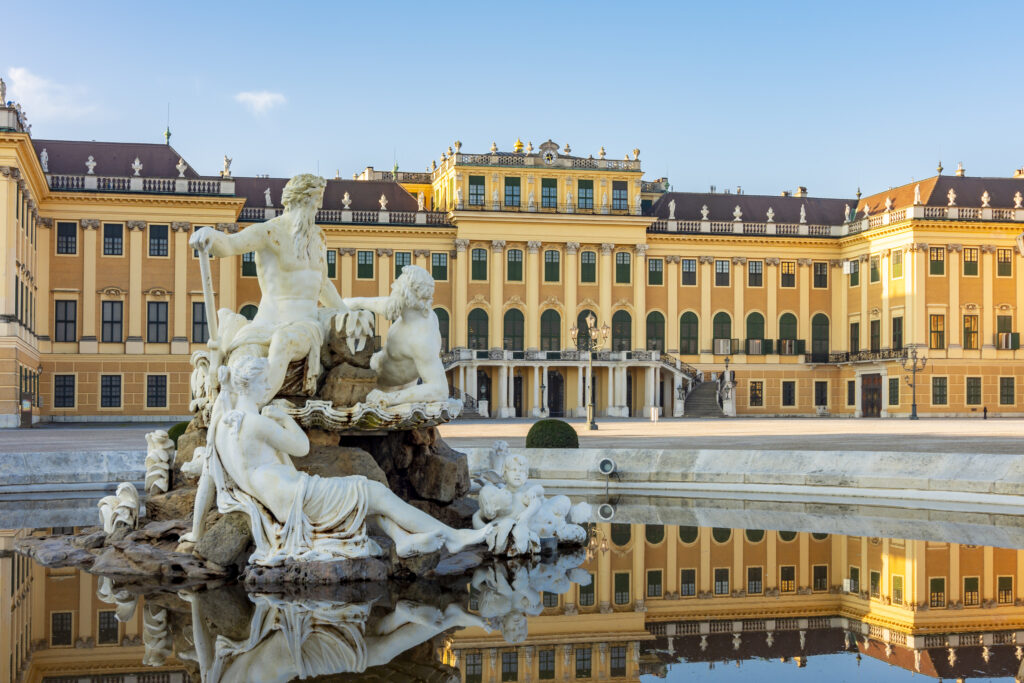 Founded in 1600 and playing an integral role of cultural significance in Austria, the Schonbrunn Palace is a massive 1441-room building and complex that is the leading tourist spot in Vienna.

The palace has been home to the Habsburgs for many years, and emperors of this country have been born and raised here as well.

The palace on its own is a huge building built in a Baroque style featuring a symmetrical chief structure that contains hundreds of windows and sculptures on the rooftop.

Inside the palace are an array of rooms thoroughly equipped and beautified in the original style, so you can take a tour of these rooms and get to enjoy the sumptuous furnishings and see the kind of life the Austrian royalty used to have. 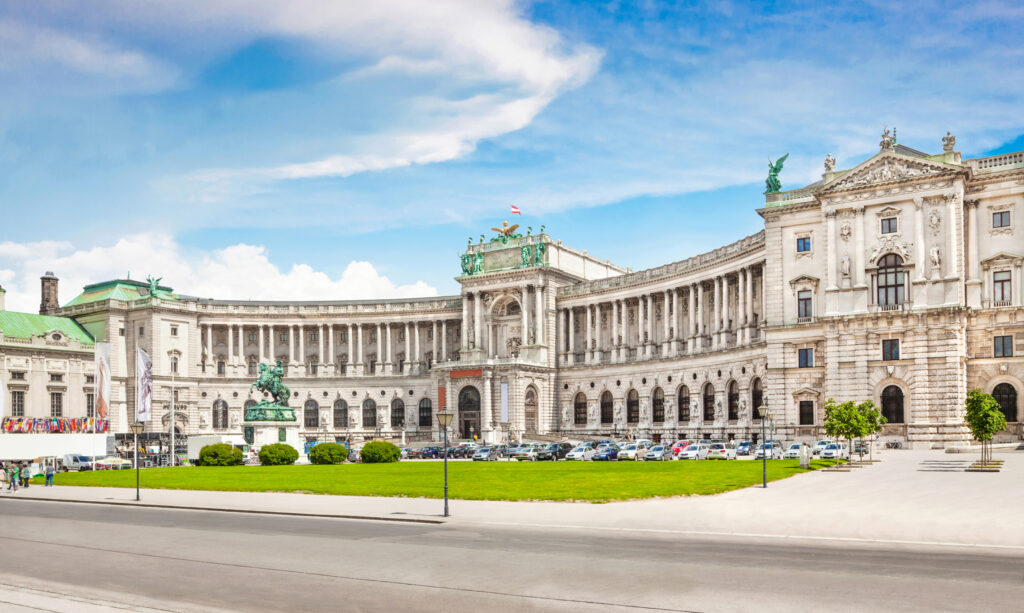 This is yet another colossal stately complex that honors the power and influence held by the Habsburg dynasty, and the rulers of the Austro-Hungarian Empire used it as the main winter palace for hundreds of years.

Today the offices of the Austrian president are based in Hofburg palace, which also serves as the presidential headquarters.

Since its establishment in the 13th century, the palace has been subject to multiple additions, the most outstanding being the semi-circular Neue Burg.

Visitors can marvel at the charm and style of baroque architecture, stroll along the noble apartments, or tour one of the most furnished museums in the complex. 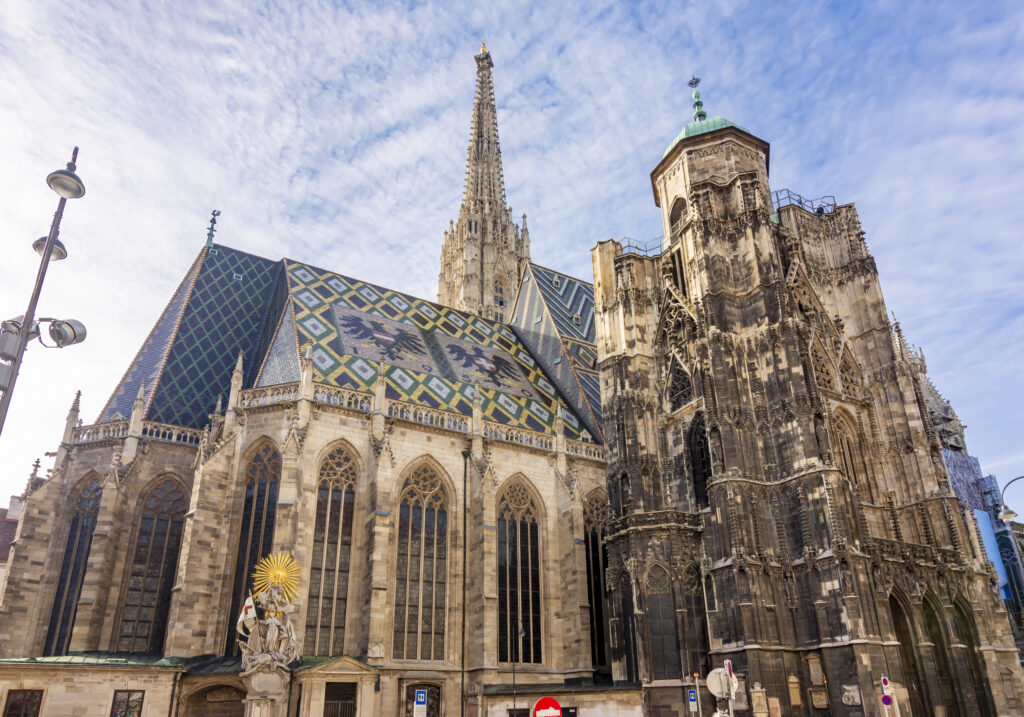 This monumental structure lies proudly in the Stephensplatz and has been the most famous religious building in Vienna and Austria since its establishment.

The allure of this structure is evident, and its enormous tower commands the Vienna skyline and emerges as the most elevated church tower in the country.

Everything regarding St Stephen’s Cathedral manifests sumptuous from the domineering pointed tower to the detailedly decorated main roof and the Gothic and Romanesque design of the exterior.

The church contains 18 altars, a few smaller chapels, tombs, and catacombs. As a notable church in Vienna, St Stephens is a must-visit and-see destination in Austria. 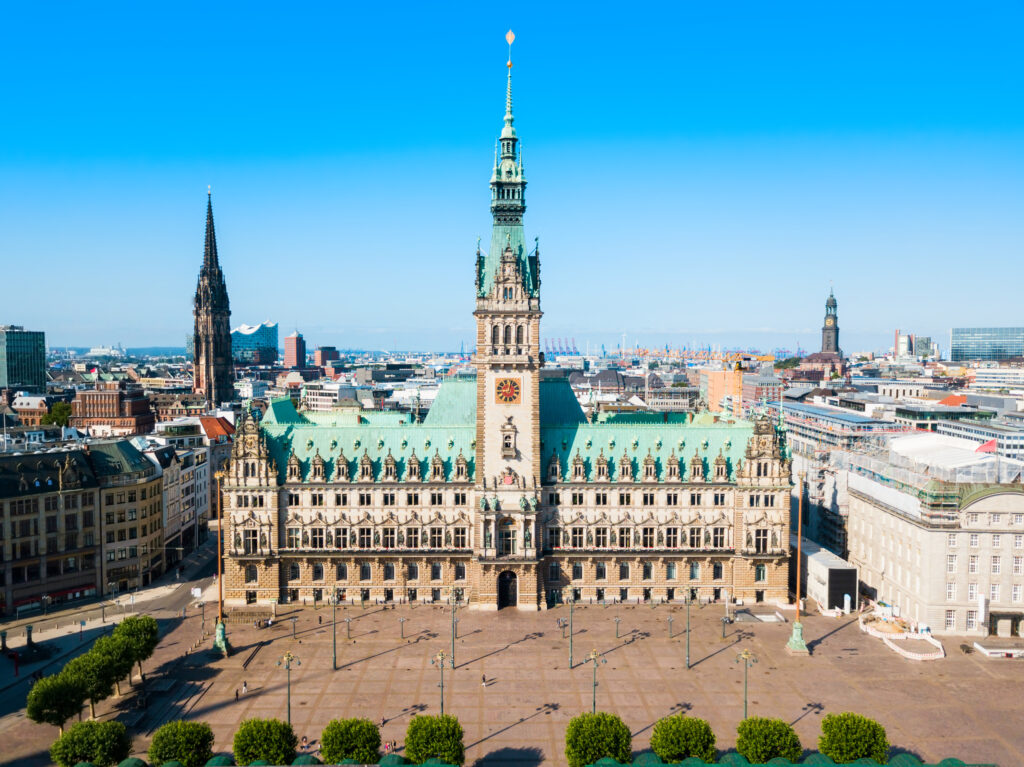 Vienna is densely packed with historical and remarkable architecture, and the Town Hall based on Rathausplatz is a significant inclusion to this collection.

Rathaus, a great addition to the city, was constructed in the 1800s to house the mayor’s offices for the continually increasing city population.

Resembling the style of the town hall in Brussels, the Rathaus possesses five towers, with the central one being the largest, and on the top is the famous Rathausman statue.

Take a guided tour of the interior of the Town Hall, which is available on specific days, to explore the opulence nature of the rooms and how it feels like to operate within such a remarkable building. 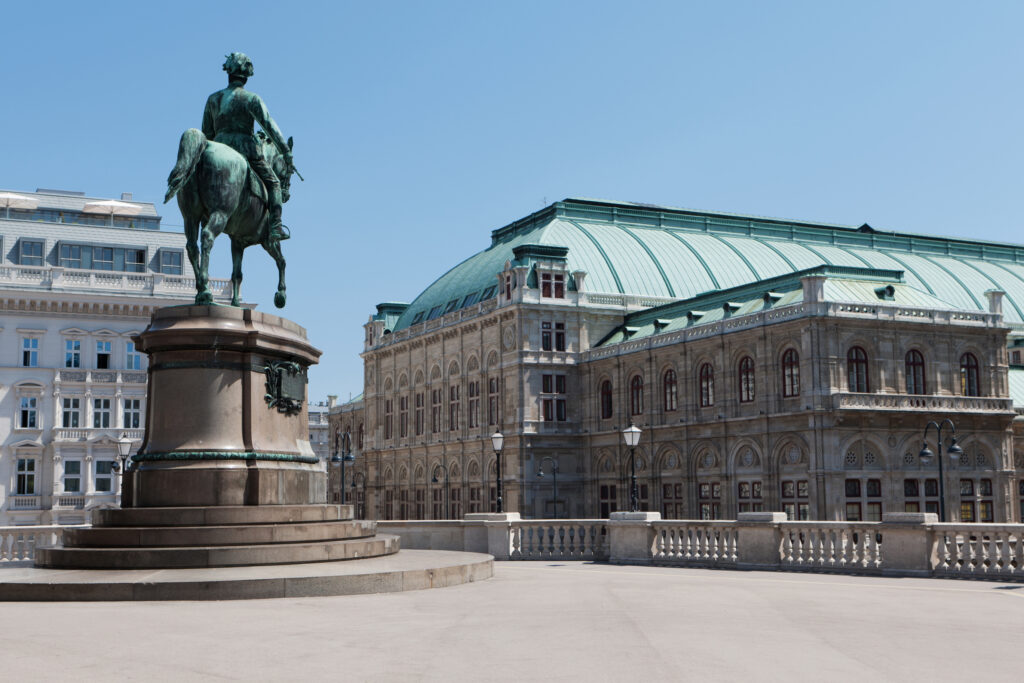 Vienna is synonymous with Opera and superior architecture, and the Vienna State Opera has both in plenty.

This notable building is situated at the center of the Innere Stadt district and is viewed as one of the best Opera Houses in the globe.

The outer part of the building has a Neo-Renaissance style, denoted by its numerous arches and arched windows. At the same time, the inner side is incredibly decadent and feels more like a stately than a venue for music celebration.

Take a guided tour of about 40 minutes, and stand to get a better overview of the house. 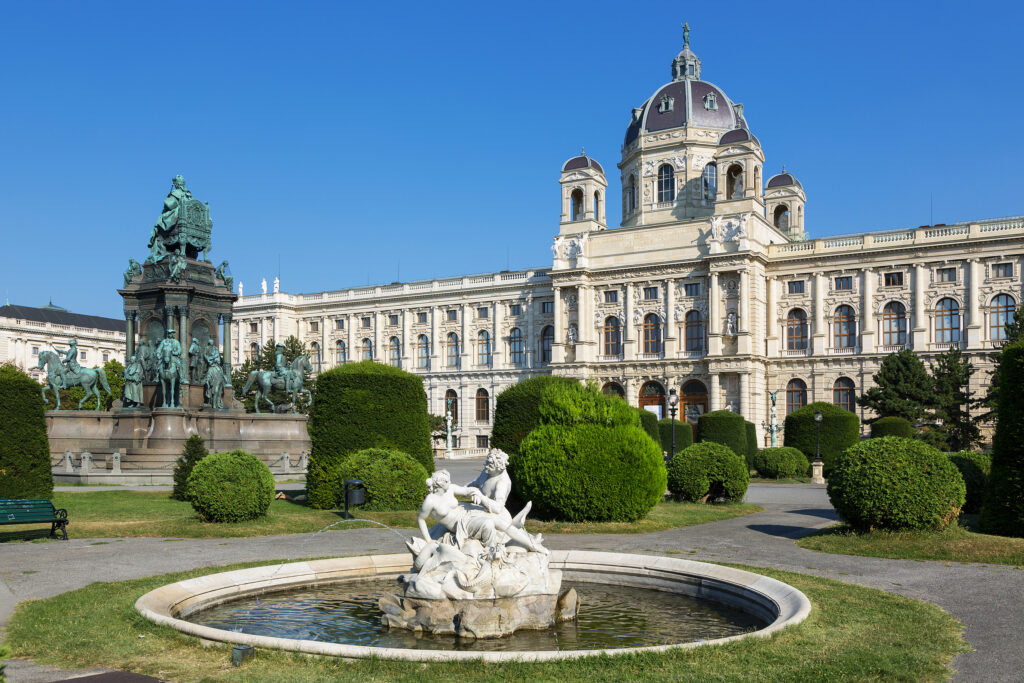 Natural History Museum is housed in a worldly palace complex that is distinctive of the history and architecture in  Vienna and contains a significant collection of meteorites, minerals, precious stones, remains of animals, exhibits of different insects and mammals, as well as the taxidermy of extinct organisms.

With more than 30 million pieces, the Natural History Museum collection is one of the most notable in Europe, with more additions continuing to arrive.

In addition, this captivating venue possesses a digital planetarium where you can watch exciting films revolving around the earth and its evolution.

Both children and adults will admire the vast amount of information and the exciting displays in this beautiful museum. 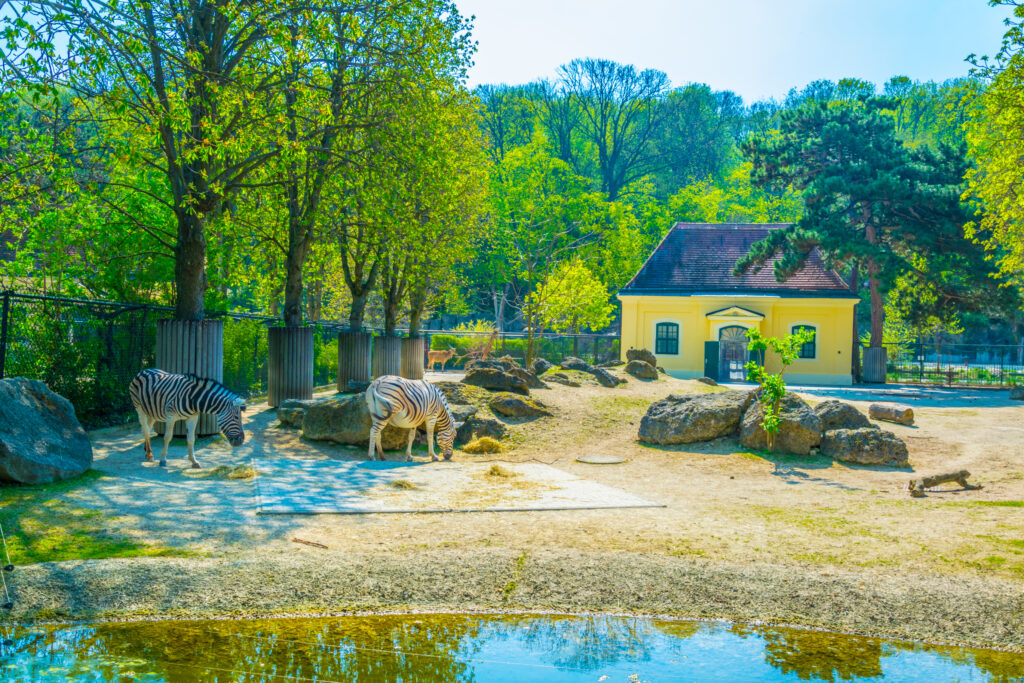 Tiergarten zoo, the oldest Zoo in the world, stands on the grounds of the Schonbrunn Palace and proclaims itself as a hub for species preservation and educational satisfaction.

Initially constructed as a menagerie, the Zoo features multiple original buildings from those days and combines with several modern structures to form an attractive place to walk along.

A significant number of animals, including Giraffes, Sloths, Sea Lions, and endangered giant Pandas, are found here. There are guided tours at the Vienna Zoo, which you can take advantage of to explore and see the animals in this Zoo. The experienced Zookeepers will take you around the structure, explaining everything you might want to know about the Zoo and its contents.

The Spanish Riding School ranks among the best institutions for classical riding and training of horses in the world. This institute has existed for hundreds of years, and it has been used to instill obedience, flexibility, and balance in horses.

The riding school was established at the time of the Habsburg Monarchy and has continued to exist since then.

The school is open to members of the public, allowing them to follow the training sessions in some cases and watch demonstrations.

Even if you’re not passionate about horse riding, the Spanish Riding School is a must-see destination in Vienna, as it will allow you to treasure the passion and love injected into this art form.